1. Walking sharks are strutting all over and here’s their deal 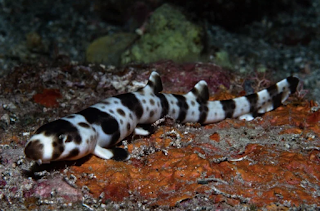 Scientists have discovered four new species of walking sharks proving the ocean somehow can always seem a little more mysterious. According to a study published in the Marine and Freshwater Research journal on Tuesday, the Hemiscylliidae genus of sharks “walk” using their pectoral and pelvic fins to move across the ocean floor and live in coastal waters around northern Australia and the island of New Guinea. The scientists who authored the study say that walking sharks, also called “epaulette” sharks, are less than a meter long and feed on small fish and invertebrates.

2. Platypus on brink of extinction 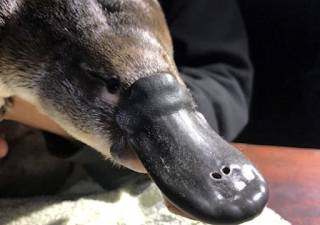 Australia’s devastating drought is having a critical impact on the iconic platypus, a globally unique mammal, with increasing reports of rivers drying up and platypuses becoming stranded. Platypuses were once considered widespread across the eastern Australian mainland and Tasmania, although not a lot is known about their distribution or abundance because of the species’ secretive and nocturnal nature. A new study led by UNSW Sydney’s Centre for Ecosystem Science, funded through a UNSW-led Australian Research Council project and supported by the Taronga Conservation Society, has for the first time examined the risks of extinction for this intriguing animal. 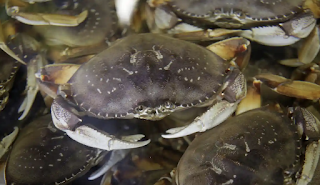 The Pacific Ocean is becoming so acidic it is starting to dissolve the shells of a key species of crab, according to a new US study. Scientists found that the Dungeness crab, one of the most valuable species for recreational and commercial fisheries, is starting to weaken as its larvae are affected by rising ocean acidity. The study was published in the Science of the Total Environment academic journal and funded by the federal National Oceanic and Atmospheric Administration. 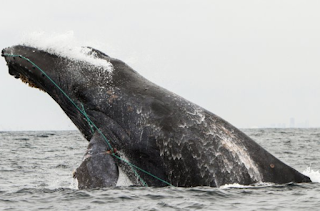 Coast from 2014 to 2016 drove humpback whales into a narrow band of cooler water, leading to a dramatic increase in whale entanglements with crab-fishing gear, according to a new study. Researchers at the federal Southwest Fisheries Science Center examined the causes of the spike in whale entanglements off the West Coast in 2015 and 2016. They discovered that a large area of warm water, known as “the blob,” shrunk the suitable feeding habitat for humpback whales. The whales forage in cooler, nutrient-rich waters that support abundant populations of krill and anchovies.

5. The marine worms that can sprout new heads — including brains 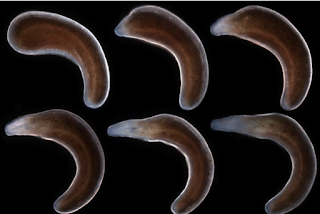 Many species of marine ribbon worm have gained the power to regrow their heads — an unprecedented example of related animals independently mastering the trick of regeneration. Eduardo Zattara at the Smithsonian Institution’s National Museum of Natural History in Washington DC and his colleagues cut off the heads of individuals from 22 species of ribbon worm and observed that 5 species sprouted new heads. The researchers also found published accounts of 3 other species with this ability. 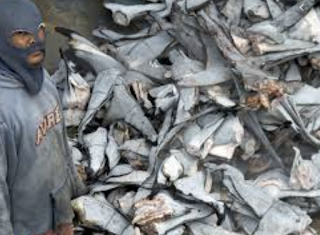 Four Costa Ricans were arrested yesterday morning by the National Coast Guard on suspicion of killing sharks at sea for their fins. Authorities seized 122 fins southeast from Golfito, Costa Rica. The four arrested were all residents of Golfito. Individuals were aboard the fishing vessel Yamauke, a small twelve meters long vessel. The vessel’s license had expired in May. The police inspected the boat and found the fins inside freezers.

7. The Blue Acceleration: Rise in human pressure on ocean quantified 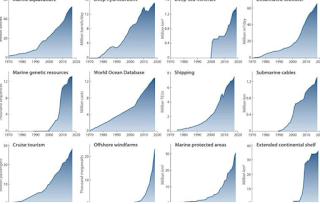 Human pressure on the world’s oceans accelerated sharply at the start of the 21st century and shows no sign of slowing, according to a comprehensive new analysis on the state of the ocean. Scientists have dubbed the dramatic rise in the “Blue Acceleration.” The researchers from the Stockholm Resilience Centre, Stockholm University, synthesized 50-years of data from shipping, drilling, deep-sea mining, aquaculture, bioprospecting and much more. The results are published in the journal One Earth on 24 January. 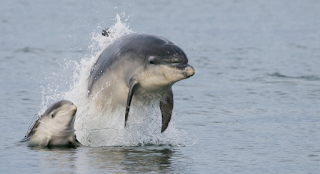 International conservation organizations have called on the government to ban supertrawlers from Irish waters due to an increase in the number of dolphins, porpoises, and whales being washed up on the coast, many with injuries that suggest they have been entangled in fishing nets. The deaths are said to coincide with the arrival of supertrawlers, giant vessels that target shoals of pelagic fish, near the surface but out at sea. There has been an increase in the number of common dolphins, harbor porpoises, pilot whales and striped dolphins being washed ashore each year, according to scientists.

Read more from “The Times”

9. In Senegal, the ‘Venice of Africa’ is losing battle against the rising ocean 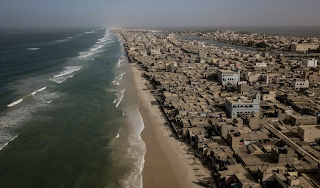 Ameth Diagne points to a single tree submerged in the ocean. It is barely visible from the patch of land where he is standing, 50 meters away. The few branches emerging from the watermark the place where he proposed to his wife 35 years earlier. It used to be the town square of Doun Baba Dieye, a vibrant fishing community on the outskirts of Saint-Louis in northern Senegal. The village has been wiped off the map, with only the tree and crumbling walls of an abandoned school remaining as a testament to its existence. Everything else is 1.5 meters underwater.
Read more from “The Guardian”
10. Yale College professor proves the interconnectedness of Great Barrier Reef and continental landmass ecosystems via airborne microbes 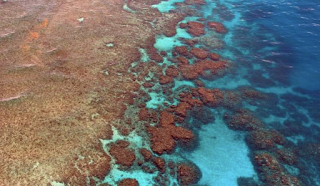 A team of researchers led by Yale-NUS College Professor of Science (Environmental Studies) Stephen Pointing has discovered a link between two different ecosystems, continental Australia and the Great Barrier Reef, due to airborne microbes that travel from the former to the latter. The finding showed that the health of these two ecosystems is more interconnected than previously believed, hence holistic conservation efforts need to span different ecosystems. Microbes are fundamental to the health of ecosystems, playing roles such as providing energy, oxygen and carbon to other organisms and recycling nutrients from other organisms’ waste products. Prof Pointing’s team recently published two papers in established scientific journals Nature Microbiology and The ISME Journal (a Nature partner journal) on the role of microbes in connecting ecosystems, specifically how microbes from one ecosystem can have significant effects on the well-being of a completely different ecosystem. 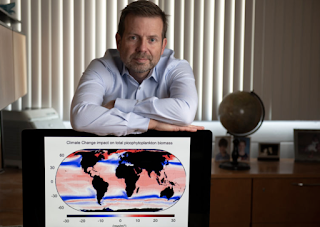 Urban growth boundaries are created by A neural network-driven Earth system model has led University of California, Irvine oceanographers to a surprising conclusion: Phytoplankton populations in low-latitude waters will expand by the end of the 21st century. The unexpected simulation outcome runs counter to the longstanding belief by many in the environmental science community that global climate change will make tropical oceans inhospitable to phytoplankton, which forms the base of the aquatic food web. The UCI researchers provide evidence for their findings in a paper published today in Nature Geoscience. 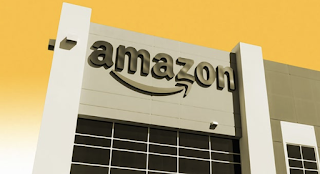 More than 350 Amazon workers are speaking out about climate change, defying the company’s policy on making public comments about business activity. In a Medium post on Sunday night, 357 employees posted quotes critical of climate-related actions taken by the online retail giant. They said in a separate statement posted to Twitter that the quotes were to protest “Amazon’s newly updated external communications policy, which forbids employees from speaking about the company’s business without prior approval.”

Read more from “The Hill”
13. Patterns of thinning of Antarctica’s biggest glacier 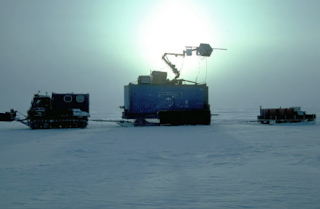 Using the latest satellite technology from the European Space Agency (ESA), scientists from the University of Bristol have been tracking patterns of mass loss from Pine Island – Antarctica’s largest glacier. They found that the pattern of thinning is evolving in complex ways both in space and time with thinning rates now highest along the slow-flow margins of the glacier, while rates in the fast-flowing central trunk have decreased by about a factor of five since 2007. This is the opposite of what was observed prior to 2010.

Read more from “University of Bristol”
14. Climate change and pressure from human activity is causing the collapse of global ecosystems 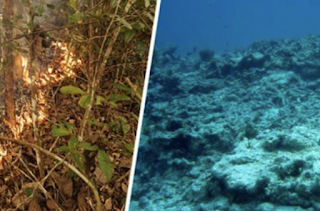 A combination of climate change, extreme weather, and pressure from local human activity are causing a collapse in global biodiversity and ecosystems across the tropics, new research shows. The study, published today, mapped over 100 locations where tropical forests and coral reefs have been affected by climate extremes such as hurricanes, floods, heatwaves, droughts and fires. It provides an overview of how these very diverse ecosystems are being threatened by a combination of ongoing climate changes, increasingly extreme weather and damaging local human activities. The international team of researchers argue that only international action to decrease CO2 emissions can reverse this trend.
Read more from “Lancaster University”
15. Democrats draft climate bill – proponents hope to be carbon neutral by 2050 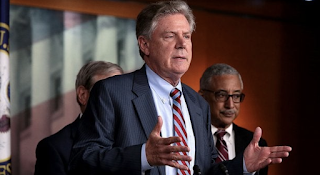 Democrats on the House Energy and Commerce Committee on Tuesday unveiled a draft of their new climate plan, which aims for the U.S. to achieve net-zero greenhouse gas pollution by 2050. The Climate Leadership and Environmental Action for our Nation’s Future Act, the draft of which is more than 600 pages long, would force dramatic changes in many sectors of the economy, from pushing utilities work toward 100 percent carbon-free electricity by 2050 to requiring the transportation sector to reduce emissions not just from cars but also from airliners.
Read more from “The Hill”
16. At the bottom of the sea, newly discovered species wait to feast on alligators 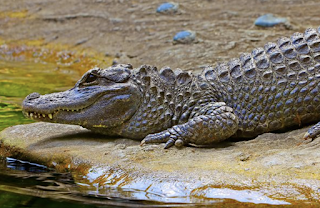 Alligator carcasses are devoured by swarming masses of newly discovered giant isopods. This football-size species of scavenging crustacean, get through the alligator’s armor by chewing through softer spots under the armpit.
Read more from “Baltimore Sun” 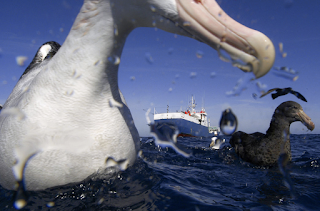 Sometimes fishing vessels vanish: Captains turn off beacons that broadcast their locations, leaving regulators wondering whether the boats are fishing illegally. Now, researchers have shown that albatrosses bearing small radar detectors can find these suspicious vessels—even in the middle of the open ocean. After a 6-month study with the large seabirds, the researchers estimate that more than one-third of vessels in the southern Indian Ocean are sailing undercover, confirming concerns about illegal or unreported fishing.