1. Single-use plastic: China to ban bags and other items 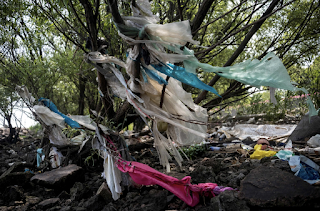 China, one of the world’s biggest users of plastic, has unveiled a major plan to reduce single-use plastics across the country. Non-degradable bags will be banned in major cities by the end of 2020 and in all cities and towns by 2022. The restaurant industry will also be banned from using single-use straws by the end of 2020. China has for years been struggling to deal with the rubbish its 1.4 billion citizens generate. The country’s largest rubbish dump – the size of around 100 football fields – is already full, 25 years ahead of schedule. In 2017 alone, China collected 215 million tonnes of urban household waste. But national figures for recycling are not available. China produced 60 million tonnes of plastic waste in 2010, followed by the US at 38 million tonnes, according to online publication Our World in Data-based at the University of Oxford. 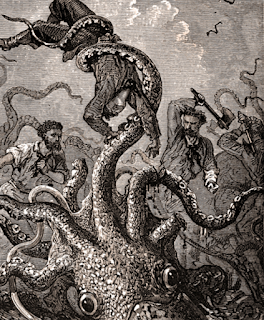 How did the monstrous giant squid – reaching school-bus size, with eyes as big as dinner plates and tentacles that can snatch prey 10 yards away — get so scarily big? Today, important clues about the anatomy and evolution of the mysterious giant squid (Architeuthis dux) are revealed through publication of its full genome sequence by a University of Copenhagen-led team that includes scientist Caroline Albertin of the Marine Biological Laboratory (MBL), Woods Hole. Giant squid are rarely sighted and have never been caught and kept alive, meaning their biology (even how they reproduce) is still largely a mystery. The genome sequence can provide important insight. “In terms of their genes, we found the giant squid look a lot like other animals. This means we can study these truly bizarre animals to learn more about ourselves,” says Albertin, who in 2015 led the team that sequenced the first genome of a cephalopod (the group that includes squid, octopus, cuttlefish, and nautilus).

3. Current US Administration removes pollution controls on streams and wetlands 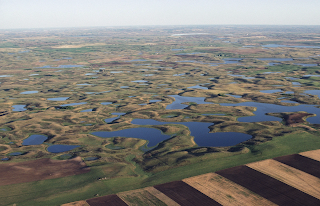 The Trump administration on Thursday finalized a rule to strip away environmental protections for streams, wetlands and groundwater, handing a victory to farmers, fossil fuel producers and real estate developers who said Obama-era rules had shackled them with onerous and unnecessary burdens. From Day 1 of his administration, President Trump vowed to repeal President Barack Obama’s “Waters of the United States” regulation, which had frustrated rural landowners. His new rule, which will be implemented in about 60 days, is the latest step in the Trump administration’s push to repeal or weaken nearly 100 environmental rules and laws, loosening or eliminating rules on climate change, clean air, chemical pollution, coal mining, oil drilling, and endangered species protections. 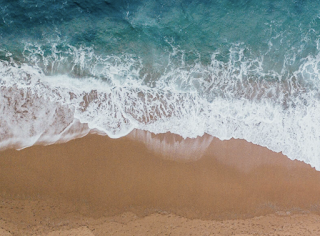 When Hurricane Harvey slammed into the Texas coast in 2017, displaced residents flocked inland, trying to rebuild their lives in the disaster’s aftermath. Within decades, the same thing could happen at a much larger scale due to rising sea levels, says a new study led by USC Computer Science Assistant Professor Bistra Dilkina. The study, published in PLOS ONE, Jan. 22, is the first to use machine learning to project migration patterns resulting from sea-level rise. The researchers found the impact of rising oceans will ripple across the country, beyond coastal areas at risk of flooding, as affected people move inland. 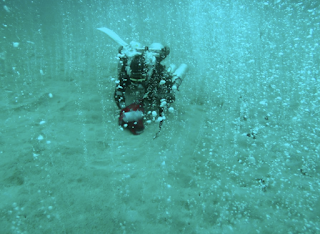 Diving 200 feet under the ocean surface to conduct scientific research can lead to some interesting situations. For University of Texas at Austin Professor Bayani Cardenas, it placed him in the middle of a champagne-like environment of bubbling carbon dioxide with off-the-chart readings of the greenhouse gas. Cardenas discovered the region – which he calls “Soda Springs” – while studying how groundwater from a nearby island could affect the ocean environment of the Verde Island Passage in the Philippines. The passage is one of the most diverse marine ecosystems in the world and is home to thriving coral reefs.

Read more from “University of Texas”
6. Life aquatic for many spider species 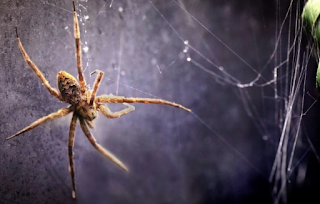 From seashores to salt flats, a high incidence of spiders spin a life in or around water. Researchers at the California Academy of Sciences and William Paterson University found that nearly one-fifth of all spider families are associated with saltwater or freshwater aquatic habitats. Their findings — recently published in the Zoological Journal of the Linnean Society and aptly titled “The Life Aquatic with Spiders” — address the common misconception that all spiders dwell on land, and reveal surprising evolutionary pathways of this group from a land-based existence back to a water-based existence. 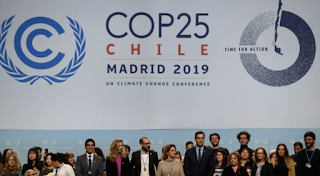 Officials in Spain on Tuesday approved a declaration of a national climate emergency, stating that they will send legislation to parliament within 100 days to address the issue. The Associated Press reported that Cabinet officials have set targets that coincide with the European Union’s (EU) goals of reducing net carbon emissions to zero by 2050. The government also wants 95 percent of its energy to come from renewable sources by 2040. Details of the government’s plan have yet to be released, but the AP reports that officials are hoping to convert the region’s farming industry to produce zero carbon emissions and eliminate emissions from buses and trucks in the country. 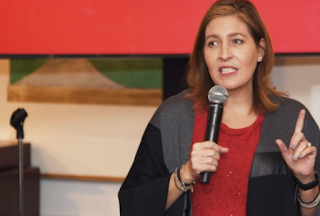 Coca-Cola will not ditch single-use plastic bottles because consumers still want them, the firm’s head of sustainability has told the BBC. Customers like them because they reseal and are lightweight, said Bea Perez. The firm, which is one of the biggest producers of plastic waste, has pledged to recycle as many plastic bottles as it uses by 2030. But environmental campaigners argue many Coke bottles would still go uncollected and end up in a landfill. The drinks giant produces about three million tonnes of plastic packaging a year – equivalent to 200,000 bottles a minute.

Read more from “BBC”
9. Palau readies for marine sanctuary in 2020 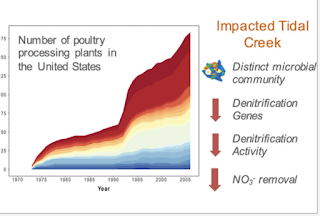 The intensification of the poultry industry in the last decades has led to a sharp increase in the number of animal processing plants discharging wastewater to water bodies. These discharges may have a significant effect on environmental quality and on important ecosystem functions, such as denitrification. We conducted a seasonal survey and a microcosm experiment in an impacted and a reference tidal creek to investigate the impacts of wastewater discharge from a poultry processing plant on sedimentary microbial communities, denitrification activity, and nitrate removal. Denitrification potential was measured using slurry incubations, and the microbial community was examined with 16S rDNA MiSeq sequencing and quantitative polymerase chain reaction of denitrification genes. 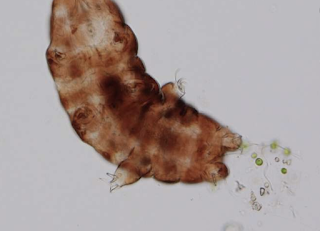 Global warming, a major aspect of climate change, is already causing a wide range of negative impacts on many habitats of our planet. It is thus of the utmost importance to understand how rising temperatures may affect animal health and welfare. A research group from Department of Biology, University of Copenhagen has just shown that tardigrades are very vulnerable to long-term high-temperature exposures. Animals, which in their desiccated state are best known for their extraordinary tolerance to extreme environments.

Read more from “Biologisk Institut”
11. How anti-sprawl policies may be harming water quality 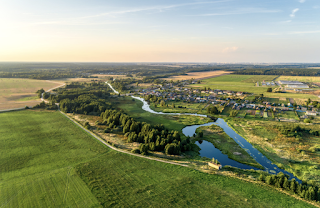 Urban growth boundaries are created by governments in an effort to concentrate urban development — buildings, roads and the utilities that support them — within a defined area. These boundaries are intended to decrease negative impacts on people and the environment. However, according to a Penn State researcher, policies that aim to reduce urban sprawl may be increasing water pollution. “What we were interested in was whether the combination of sprawl— or lack of sprawl — along with simultaneous agriculture development in suburban and rural areas could lead to increased water-quality damages,” said Douglas Wrenn, a co-funded faculty member in the Institutes of Energy and the Environment.
Read more from “Penn State News”
12. The current US Administration grants Chevron license to keep drilling in Venezuela 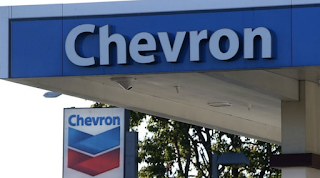 The Department of Treasury is allowing Chevron, along with four other U.S. service suppliers, to continue operating in Venezuela despite U.S. sanctions. The Associated Press reported Saturday that the American companies were granted special licenses that extend the time they’ll be allowed to operate in Venezuela until April 22. Last year, the U.S. issued sanctions on Venezuela’s oil industry to pressure President Nicolás Maduro to abandon socialist policies, which they credit as the source of the country’s widespread economic decline. Amid the country’s economic crisis, a disputed election has split country’s diplomatic ties between Maduro and opposition leader Juan Guaidó, who is backed by the U.S.
Read more from “The Hill”
13. How anti-sprawl policies may be harming water quality 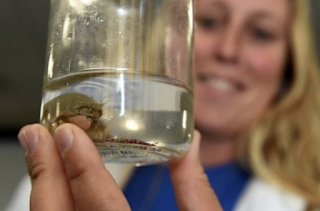 Sand crabs, a key species in beach ecosystems, were found to have increased adult mortality and decreased reproductive success when exposed to plastic microfibers, according to a new Portland State University study. Dorothy Horn, a Ph.D. candidate in PSU’s Earth, Environment and Society program, examined the effects of exposure to microfibers on adult mortality, reproductive output and embryonic development of the sand crab, a dominant organism on sandy beaches from British Columbia to Baja California, Mexico. Sand crabs, which eat by filtering small particles from the water, are considered indicator species because their health reflects the health of the ecosystem.
Read more from “Portland State News”