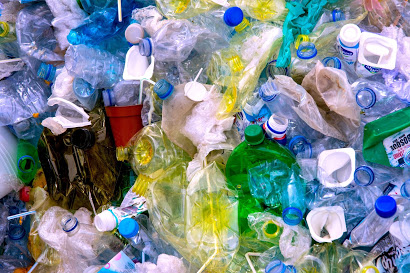 With consumers around the world stuck at home amid the spread of Covid-19 – which has infected close to 19 million people and killed more than 700,000 – the utilization of single-use plastic has skyrocketed, raising concerns about recycling and surging pollution. Many people are reliant on food delivery services and online shopping platforms to obtain goods and stay connected, with a corresponding increase in disposable packaging. Southeast Asia is no different. More than 50 percent of the eight million tonnes of plastic waste that ends up in the world’s oceans every year comes from Indonesia, the Philippines, Vietnam and Thailand, environmental advocacy group Ocean Conservancy estimates – partly because richer Western countries such as Australia, Canada, Britain, and the United States have sent massive shipments of waste to these countries for decades.
Read more in “South China Morning Post“
2. Warming Greenland ice sheet passes the point of no return 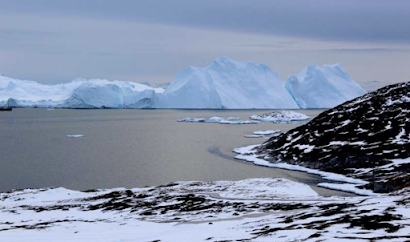 Nearly 40 years of satellite data from Greenland shows that glaciers on the island have shrunk so much that even if global warming were to stop today, the ice sheet would continue shrinking. The finding, published today, Aug. 13, in the journal Nature Communications Earth and Environment, means that Greenland’s glaciers have passed a tipping point of sorts, where the snowfall that replenishes the ice sheet each year cannot keep up with the ice that is flowing into the ocean from glaciers. That means that even if humans were somehow miraculously able to stop climate change in its tracks, ice lost from glaciers draining ice to the ocean would likely still exceed ice gained from snow accumulation, and the ice sheet would continue to shrink for some time. 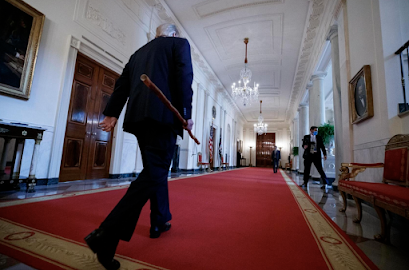 President Donald Trump signed legislation Tuesday that will devote nearly $3 billion a year to conservation projects, outdoor recreation and maintenance of national parks and other public lands following its overwhelming approval by both parties in Congress. “There hasn’t been anything like this since Teddy Roosevelt, I suspect,” Trump said, seemingly comparing himself to the 26th president, an avowed environmentalist who created many national parks, forests and monuments that millions of Americans flock to each year. Supporters say the Great American Outdoors Act is the most significant conservation legislation enacted in nearly half a century. Opponents countered that the money isn’t enough to cover the estimated $20 billion maintenance backlog on federally owned lands.
Read more in “Press-Republican”.
4. Whale shark found cut into pieces for sale in India 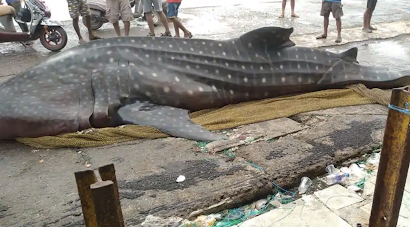 The carcass of a 20-foot-long dead female whale shark was caught by a fishing boat that was brought to Sassoon Dock in Colaba, India on Wednesday morning. The shark was cut into pieces in an attempt to sell the protected species to a distributor. Two people have been detained in the matter and further investigation is underway by the fisheries and forest department. Whale sharks (Rhincodon typus) are protected under Schedule 1 of the Wildlife Protection Act (WPA), 1972, and listed as ‘endangered’ species by the International Union for Conservation of Nature (IUCN). They are the largest species of any fish that can reach a maximum length of 40-feet. The incident comes eight days after the fisheries department initiated an investigation and called for action regarding unauthorized fishing practices affecting rare and endangered marine species.
Read more in “Hindustan Times”.
5. California initiative to fight plastic pollution submits petitions to qualify for statewide ballot 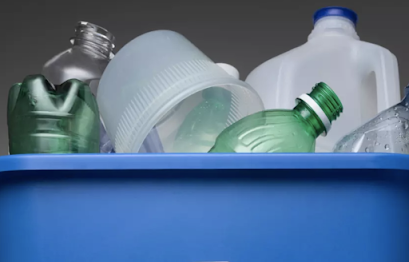 Supporters of an initiative to reduce plastic waste today submitted more than 870,000 voter signatures to qualify the Plastics Free California initiative for the ballot – significantly more than the 623,212 signatures required. The initiative was originally on track to appear on this November’s ballot; however, the signature gathering was slowed to respect and protect public health as a result of the pandemic. A court extended the original deadline, and a surge of volunteer support provided the remaining signatures needed to appear on the next general election to occur after this November – presumably in November 2022. The news was applauded by a wide range of respected individuals and organizations supporting the initiative.
Read more in “News Break“.
6. Mauritius dodges second oil spill as fuel pumped from stricken ship 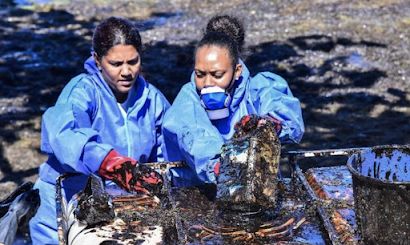 Just two decades ago, it was rare to see one dead whale along New York’s shores in a single year. But this month alone, two dead humpback whales were spotted on Long Island — bringing the total to seven large whale strandings in the New York area in 2020. In the past three years, 52 carcasses of the large sea mammals have washed up in the waters around New York — averaging around one stranding every 27 days, according to the Atlantic Marine Conservation Society. 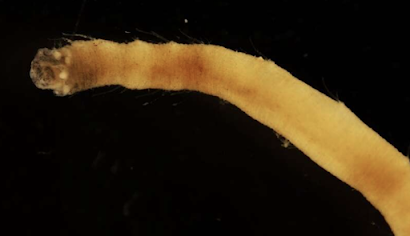 Earlier this year, a team from Japan’s National Institute of Polar Research (NIPR), National Museum of Nature and Science (NMNS), and Kochi University (KU) set out to collect specimens of sea worm near the South Orkney Islands, a remote region of the Southern Ocean about 400 miles northeast of the tip of the Antarctic Peninsula. The researchers collected material from the seafloor at depths of 2,036 to 2,479 meters, a segment that falls within what oceanographers call the bathyal zone (1,000 to 4,000 meters deep). Among the collected seafloor material, they observed a new Acrocirridae Banse, a family that now includes 43 species of worm, all but two of which are bottom-dwelling. The team, led by Naoto Jimi, a postdoctoral fellow at NIPR, published their findings in Biodiversity Data Journal on June 8, 2020.
Read more in “EurekAlert!”.
8. Biotelemetry provides a unique glimpse into white-spotted eagle rays’ behavior 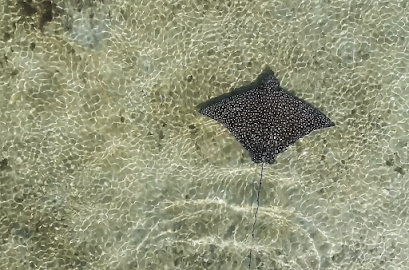 The white-spotted eagle ray (Aetobatus narinari), found in estuaries and lagoons throughout Florida, is listed as “near threatened” on the International Union for Conservation of Nature’s “Red List of Threatened Species.” Keeping tabs on this highly mobile species for conservation efforts can be extremely challenging, especially for extended periods of time. Researchers from Florida Atlantic University’s Harbor Branch Oceanographic Institute used uniquely coded transmitters and acoustic telemetry to give them a leading edge to unravel fine-scale movement, behavior, and habitat use of white-spotted eagle rays in Florida’s Indian River Lagoon.  Biotelemetry provided the researchers with unique insights into this species’ occupancy, which is not apparent at the landscape-scale.

The discovery of hydrothermal vents―where volcanoes at the seafloor produce hot fluid exceeding 350 degrees Celsius or 662 degrees Fahrenheit―fundamentally changed our understanding about Earth and life in the 1970s. Yet, life at and underneath the seafloor is still very much a mystery today. Gaining a better understanding of these volcanically active areas is important, as the chemistry at seafloor vents impacts ocean chemistry more generally. In addition, the seafloor’s unique environment supports biological and non-biological processes that offer clues as to how life on Earth first began, how it is sustained over time―and the potential for life on other planetary bodies.

New research by Dr.Camilla Whittington and her team at the University of Sydney has found male seahorses transport nutrients to their developing babies during pregnancy. This discovery provides an opportunity for further comparative evolutionary research. Seahorses and their relatives are the only vertebrates that have male pregnancy. The expectant fathers incubate developing babies inside a pocket called a “brood pouch.” We know a male seahorse can have more than a thousand embryos in the pouch at once but until now, researchers had limited understanding of how the babies are fed.

Read more in “University of Sydney”
2. Inaccurate and biased global media coverage is a threat to sustainable shark conservation

Does media coverage of an animal influence what we know about them? The short answer, yes! But a team of researchers wanted to know how massive the discrepancy was between how trained experts talked about shark conservation threats and solutions, and how the concerned non-expert public talks about shark conservation threats and solutions. “I’m both a scientist who studies threatened sharks and how to protect them, and a public science educator who talks to the interested public about these important topics,” the study’s lead author Dr. David Shiffman, a Postdoctoral researcher at Arizona State University, said. “So the focus of my research the last couple of years is trying to understand why so many people believe wrong things about shark conservation, with a focus on tracking what information is shared through different information pathways, including the popular press. Longtime social media followers know that I regularly gripe about wrong nonsense in news articles about sharks, but we wanted to systematically, scientifically test how prevalent this nonsense is.”

Read more in “Forbes”
3. Why the Mauritius oil spill is so serious

The amount of oil spilled from the Japanese-owned ship nearby the lagoons and coastal areas of south-east Mauritius is relatively low compared to the big oil spills the world has seen in the past, but the damage it will do is going to be huge and long-lasting, experts say. Unlike most previous offshore spills, this has taken place near two environmentally protected marine ecosystems and the Blue Bay Marine Park reserve, which is a wetland of international importance. So, it’s the location rather than the size of the spill which is causing greatest concern about its potentially serious environmental impact.

Sea Save Foundation is committed to raising awareness of marine conservation. The Ocean Week in Review is a team effort produced by the Sea Save staff to provide a weekly summary of the latest in marine research, policy, and news