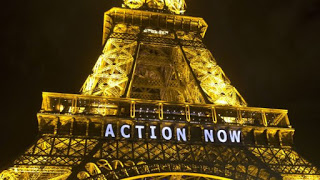 Trump has pulled the U.S. out of the Paris Climate Accord of 2015.  The process will take place over the next four years and won’t conclude until November 2020.  Trump says “…we will start to renegotiate and we’ll see if there’s a better deal. If we can, great. If we can’t, that’s fine.” But the “leaders of France, Italy and Germany indicated in a joint statement that the US could not unilaterally renegotiate the agreement.”  Trump is also stopping payments into the United Nations’ Green Climate Fund.
Read More… 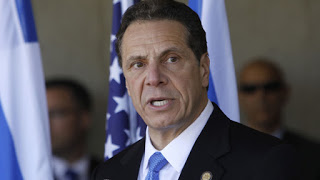 New York state Governor Andrew Cuomo joins California and Washington state governors to launch U.S. Climate Alliance.  Together these states form one-fifth of the Gross Domestic Product of the U.S.  These states have committed to reducing emission levels to 26-28 percent of 2005 levels, and plan to exceed the standards of the Clean Power Plan.  Many cities (61) across the U.S. have committed to uphold the Paris agreement goals. 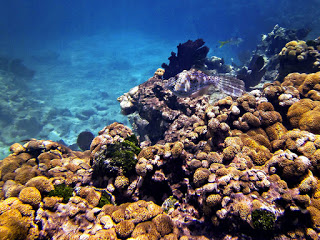 Scientists are warning that coral reefs in the U.S. may disappear within decades due to climate change.  Coral reefs include those in Hawaii, Florida and in the Caribbean.  “We are looking at the loss or at least severe degradation of most reefs in the the coming decades.” This is due in part to warming sea temperatures that can cause corals to bleach and due to ocean acidification, which cause corals to lose calcium (carbonate ions).

4. Faceless Fish Found After Not Being Seen for a Century 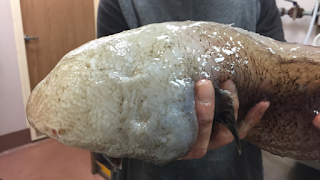 A faceless fish, Typhlonus nasus, a type of cusk eel has been found off of Australia.  It lives between 13,000-16,500 feet below the sea surface.  It hasn’t been seen (or hauled up by a net specifically) in over a century.  Other organisms new to science have been found on this Australian survey to the abyssal plain (deep-sea) as well as an “amazing” quantity of trash.

5. Record Breaking Tides in Hawaii-a Glimpse Into the Future? 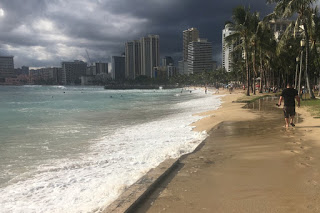 Hawaii has been inundated with king tides in May, some six to nine inches above prediction levels.  King tides happen a few times a year normally, but scientists are wondering if climate change will make this happen more extremely or more often.  Fish were photographed swimming down streets and beaches have been washed out.
Read More… 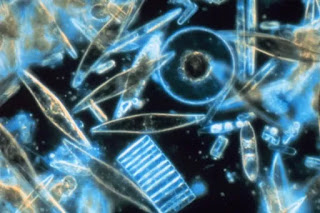 The Oceaneos Marine Research Foundation of Vancouver, Canada is seeking to add “10 tonnes of iron particles 130 kilometres off the coast of Coquimbo (Chile) as early as 2018.”  The foundation says that the iron stimulates phytoplankton growth and will ultimately help the Chilean fisheries.  The foundation has ties to an organization that dumped 100 tonnes of iron sulfate into the waters off of British Columbia, Canada in 2012.  There has been no evidence that the experiment worked. 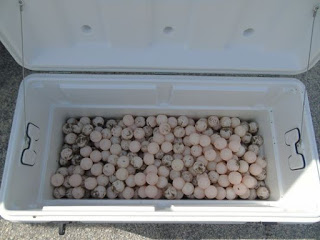 Two Florida men were arrested with 500 sea turtle eggs, probably loggerheads.  The Florida Fish and Wildlife Conservation Commission had gotten reports over the past few weeks of possible illegal activity from those who monitor sea turtle nests.  There is a market for the eggs, which some cultures see as an aphrodisiac

Be sure to “LIKE” http://facebook.com/SeaSave to ensure our “Week in Review” is delivered to your newsfeed every Friday.

Sea Save Foundation is committed to raising awareness of marine conservation. The Week in Review is a team effort produced by the Sea Save staff to provide a weekly summary of the latest in marine research, policy, and news.

PrevPreviousWeek in Review: We Still Can Get Ahead of Climate Change, Plastic Clean-up Machine Solution or Red Herring? .. and More
NextA Retrospective: Constructing a Framework for a Sustainable Future Continues at The United Nations: Ocean ConferenceNext
Facebook Twitter Instagram Linkedin Youtube