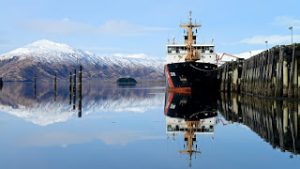 Marine fish species are migratory in nature and not respectful of human-made territorial boundaries, which represents a challenge for fisheries management as policies tend to focus at the national level. With an average catch of 48 million tonnes per year, and USD $77 billion in annual fishing revenue, these species support critical fisheries and require international cooperation to manage, according to UBC research. The researchers focused on fish species that cross the Exclusive Economic Zones (EEZs) of two or more coastal states which are most often targeted by fisheries operating within those EEZs. They identified over 633 exploited transboundary species worldwide and found that the catch and revenue from these fisheries had been severely underestimated and over-exploited.

Sea Save Editorial Comment: This article underscores our tagline “Oceans do not recognize international boundaries. We must work globally if we want to see real change.” 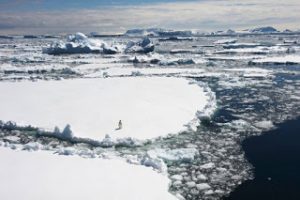 Delegates attending an international meeting meant to protect Antarctic ocean life dashed conservationists’ hopes for new marine protected areas in the Southern Ocean. The Commission for the Conservation of Antarctic Marine Living Resources (CCAMLR) concluded Friday after a week of virtual negotiations among its 26 member nations. It declined to approve three proposals for marine protected areas near Antarctica. The commission, established in 1982 as part of the Antarctic Treaty System, is charged with conserving marine life around the southern continent and sustainably managing the region’s fish stocks.
Read more in “Scientific American”

3. New study reveals US a top source of plastic pollution in coastal environments 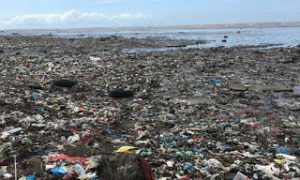 A study published today in the journal Science Advances has revealed that the United States ranks as high as third among countries contributing to coastal plastic pollution when taking into account its scrap plastic exports as well as the latest figures on illegal dumping and littering in the country. The new research challenges the once-held assumption that the United States is adequately “managing” – that is, collecting and properly landfilling, recycling or otherwise containing – its plastic waste.

4. Giant iceberg floating toward island in the Atlantic Ocean, could endanger wildlife 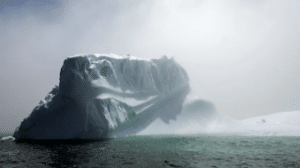 An iceberg about the size of Delaware could hit the island of South Georgia in the southern Atlantic Ocean, according to the British Antarctic Survey, potentially harming local wildlife. The British government research organization said in a statement Wednesday that the exact path of the iceberg, which broke off from Antarctica in 2017, is not known. Geraint Tarling, an ecologist at British Antarctic Survey, said in a statement that if the iceberg gets stuck against South Georgia, a U.K. territory, it could remain for 10 years.

Read more in “The Hill”

5. Gentoo penguins are four species, not one, say scientists 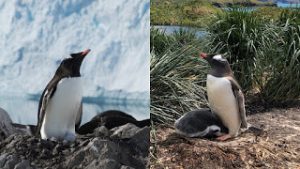 Gentoo penguins should be reclassified as four separate species, say scientists at the Milner Centre for Evolution at the University of Bath, after analyzing the genetic and physical differences between populations around the southern hemisphere. The researchers say that counting them as four separate species will aid in their conservation because it will make it easier to monitor any decline in numbers. Gentoo penguins, with the Latin name Pygoscelis papua, live in a range of latitudes in the southern hemisphere and are currently split into two subspecies. The researchers suggest these two subspecies should be raised to species level and two new species created.

Read more in “University of Bath” 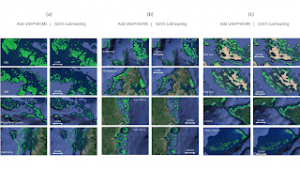 Nearly 75% of the world’s coral reefs are under threat from global stressors such as climate change and local stressors such as overfishing and coastal development. Those working to understand and protect coral reefs are building the know-how to mitigate the damage but doing so requires first knowing where reefs are located. Many approaches, such as diver-based observation and satellite imagery, have been used to estimate the distribution of coral reefs around the world, but past approaches have led to inconsistent accuracy because the underlying data are derived from disparate sources and varying methodologies. Now, researchers from the Arizona State University Center for Global Discovery and Conservation Science (GDCS) have generated a global coral reef extent map using a single methodology capable of predicting the location of shallow coral reefs with nearly 90% accuracy. 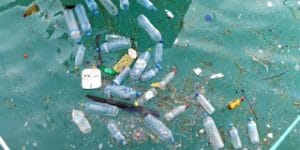 8. DNA in seawater can reveal fish diversity in the deep ocean 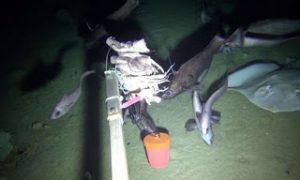 A new study demonstrates the effectiveness of a novel method for using DNA in seawater samples to determine which fish species are present in a given part of the deep sea. A team of scientists from eDNAtec Inc. and colleagues from Fisheries and Oceans Canada and Memorial University present these findings in the open-access journal PLOS ONE on November 4. The ability to monitor deep-sea fish diversity is necessary for implementing sustainable management efforts and understanding the impacts of commercial fishing and climate change. However, existing methods such as baited camera traps, trawling, and acoustic monitoring, have limited detection capabilities and are difficult to use in much of the ocean.

9. Sea-level rise will have complex and unpredictable effects on coasts and human societies 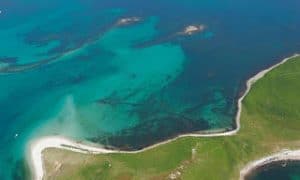 Rising sea levels will affect coasts and human societies in complex and unpredictable ways, according to a new study that examined 12,000 years in which a large island became a cluster of smaller ones. Researchers reconstructed sea-level rise to produce maps of coastal changes at thousand-year intervals and found that today’s Isles of Scilly, off the UK’s south-west coast, emerged from a single island that only became the current configuration of more than 140 islands less than 1,000 years ago. The study, led by the University of Exeter in partnership with Cornwall Archaeological Unit, Cardiff University and 14 other institutes, found that changes in both land area and human cultures happened at variable rates, and often out of step with the prevailing rate of sea-level rise.

Read more in “University of Exeter”

10. Genomic data ‘catches corals in the act’ of speciation and adaptation 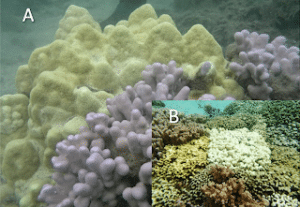 A new study led by the University of Hawai‘i at Mānoa’s Hawai‘i Institute of Marine Biology (HIMB) revealed that diversity in Hawaiian corals is likely driven by co-evolution between the coral host, the algal symbiont, and the microbial community. As coral reef ecosystems have rapidly collapsed around the globe over the past few decades, there is widespread concern that corals might not be able to adapt to changing climate conditions, and much of the biodiversity in these ecosystems could be lost before it is studied and understood. Coral reefs are among the most highly biodiverse ecosystems on earth, yet it is not clear what drives speciation and diversification in the ocean, where there are few physical barriers that could separate populations.

Read more in “University of Hawai‘i at Mānoa

Scientists have discovered a massive detached coral reef in the Great Barrier Reef–the first to be discovered in over 120 years, Schmidt Ocean Institute announced today. Measuring more than 500m high–taller than the Empire State Building, the Sydney Tower and the Petronas Twin Towers–the reef was discovered by Australian scientists aboard Schmidt Ocean Institute’s research vessel Falkor, currently on a 12-month exploration of the ocean surrounding Australia. The reef was first found on Oct. 20, as a team of scientists led by Dr. Robin Beaman from James Cook University was conducting underwater mapping of the northern Great Barrier Reef seafloor. The dive was live-streamed, with the high-resolution footage viewed for the first time and broadcast on Schmidt Ocean Institute’s website and YouTube channel. 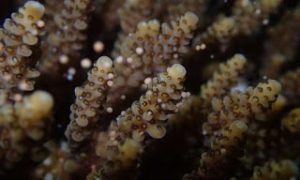 Studying the reproductive cycle of two coral species from the Indo-Pacific Ocean over the course of three months, researchers found that light pollution caused delayed gametogenesis and unsynchronized gamete release. To shed light on the findings, they created a first-of-its-kind global map that highlights areas in the world most threatened by nighttime artificial light. This light pollution impact assessment can help incorporate an important variable in coral reef conservation planning near areas of human activity. 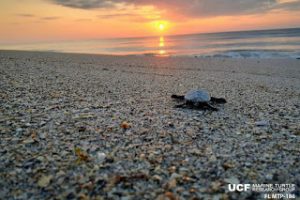 Florida’s sea turtle nesting surveying comes to a close on Halloween and like everything else in 2020, the season was a bit weird. The number of green sea turtle nests on central and southern Brevard County, Florida beaches monitored by University of Central Florida biologists were way up during a year they should have been down based on nearly 40 years of historical data. “Usually, green turtles alternate between high years and low years, but this year they defied expectations,” says Chris Long, a doctoral candidate and research assistant with UCF’s Marine Turtle Research Group. “Green turtles had the fifth highest year on the Archie Carr Refuge that we’ve recorded since 1982. There is no evidence pointing to high nesting as a result of fewer people on the beaches or anything pandemic-related like that. It’s difficult to know why nesting differed from expectation.”