The new study, published October 28th in Biology Letters, helps shed light on the intricate shark fin trade in two main ways. First, the team used DNA barcoding techniques to analyze 500 shark fin samples from four market locations — Hong Kong, Vancouver, San Francisco, and northern Brazil — and identify which species they belonged to. While many samples came from oceanic species such as thresher sharks and hammerheads, most were identified as “requiem” shark species, such as reef sharks and silky sharks, which tend to live closer to the coast. Second, the team generated species distribution models to show where many of these shark fins were likely coming from. The study showed that the majority of shark fins came from the coastal regions of five countries: Australia, Indonesia, the United States, Mexico, and Brazil.

2. A Venezuelan vessel carrying 1.3 million barrels of oil is tilting and stranded at sea 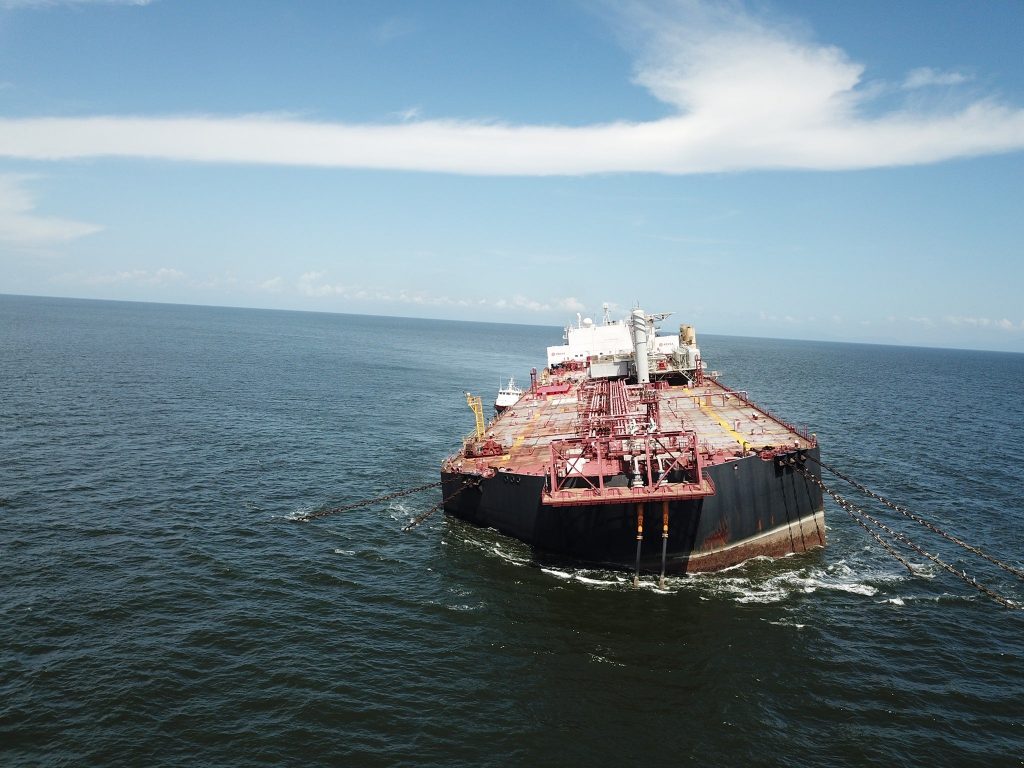 A vessel filled with 1.3 million barrels of crude oil is floating 24 miles off Venezuela in the Gulf of Paria, a region home to economically important fisheries and vulnerable marine life. The FSO Nabarima, a stationary storage facility, has been pictured listing, rusting, and taking on water, sparking fears that it will spill its contents. The Nabarima holds five times more oil than what was spilled during the 1989 Exxon-Valdez disaster in Alaska. If even a fraction of it spilled, it would create an environmental disaster that extends into the Caribbean Sea and could last for years. As of late last week the Maduro government has reportedly begun the process of taking the crude back to Venezuelan soil, a process that may in itself present an environmental hazard. 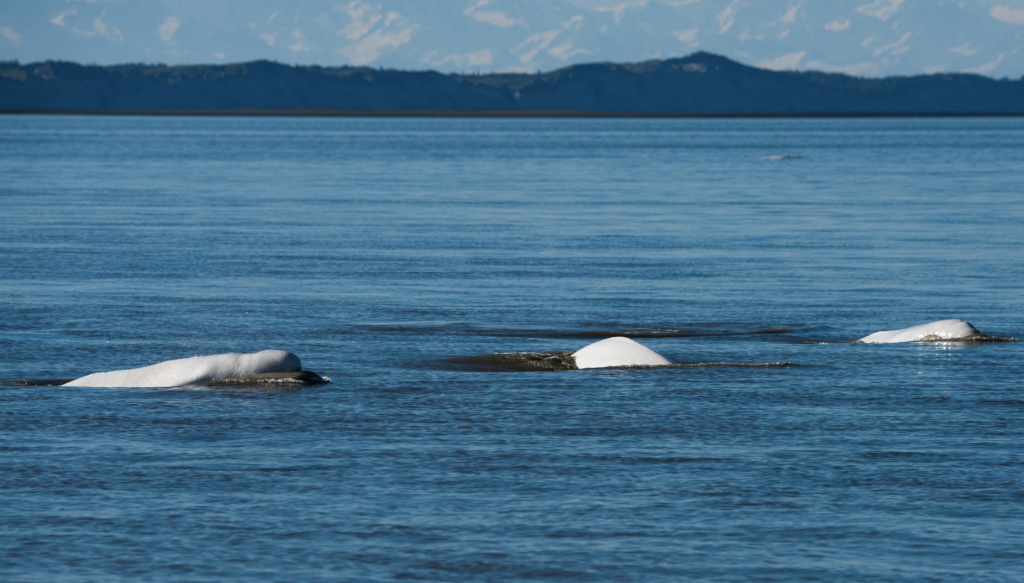 A team of scientists from Woods Hole Oceanographic Institution (WHOI) and NOAA Fisheries are collaborating to help stem the decline of a critically endangered population of beluga whales in the Cook Inlet, Alaska. A study recently published in Animal Microbiome outlines important first steps in understanding epidermal microbial communities in beluga whales, as well as their role in beluga health. This study is one piece of a larger puzzle for researchers looking at everything from social structure to acoustic interference and contaminants, all with the shared mission to reverse the dire decline of this vulnerable population. 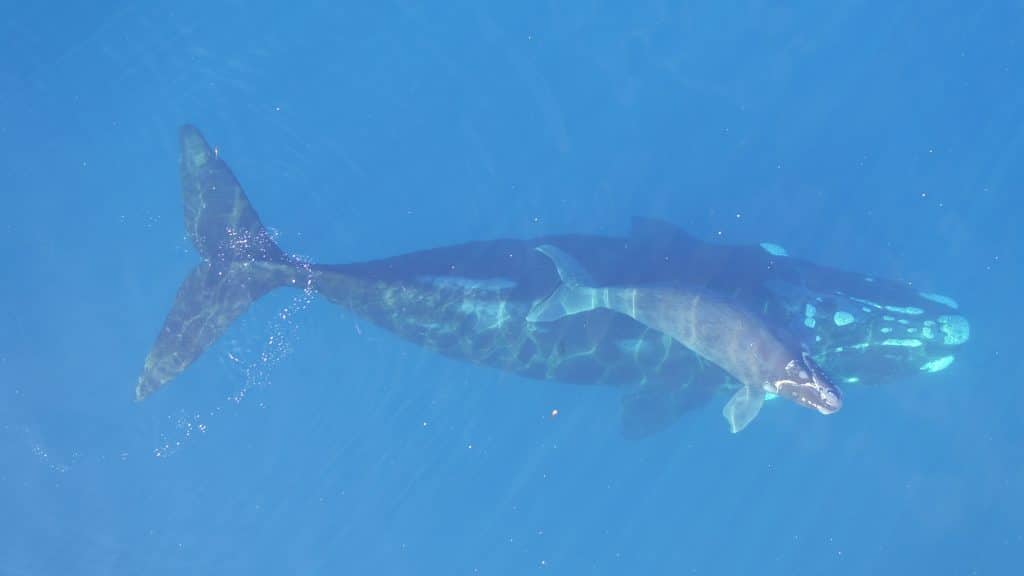 After close to a decade of globe-spanning effort, the genome of the southern right whale has been released this week, giving us deeper insights into the histories and recovery of whale populations across the southern hemisphere. Up to 150,000 southern right whales were killed between 1790 and 1980. This whaling drove the global population from perhaps 100,000 to as few as 500 whales in 1920. A century on, we estimate there are 12,000 southern right whales globally. It’s a remarkable conservation success story, but one facing new challenges. The genome represents a record of the different impacts a species has faced. With statistical models we can use genomic information to reconstruct historical population trajectories and patterns of how species interacted and diverged.

Read more in The Conversation 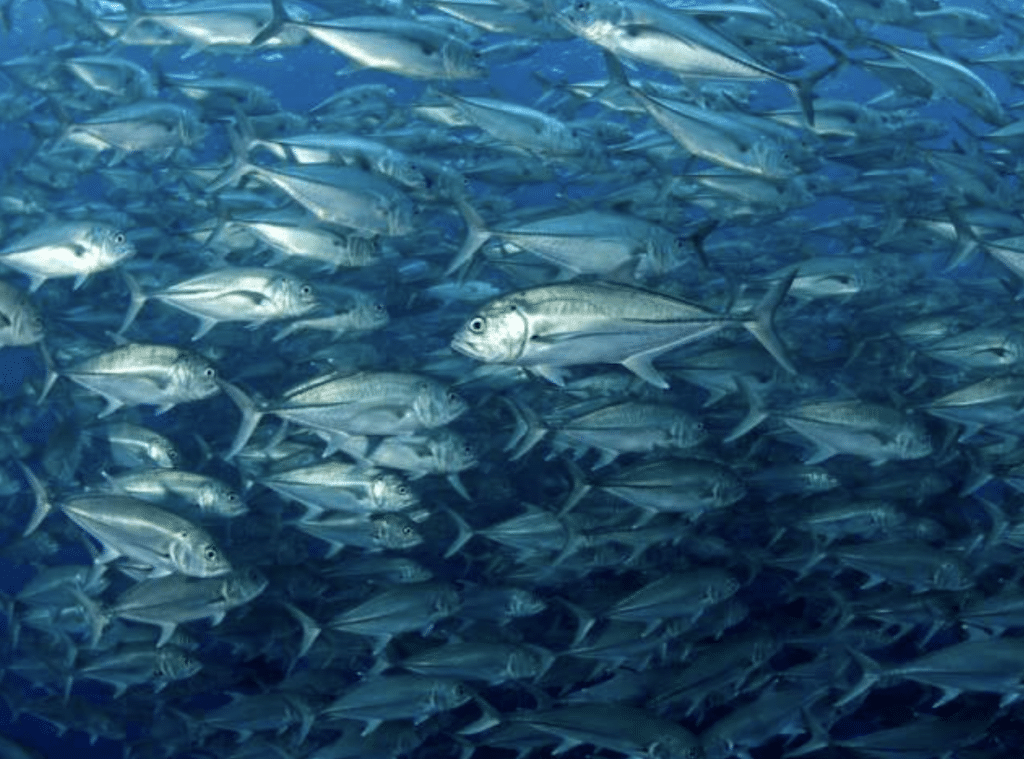 An international team of scientists has found leaving more big fish in the sea reduces the amount of carbon dioxide (CO2) released into the Earth’s atmosphere. When a fish dies in the ocean it sinks to the depths, sequestering all the carbon it contains with it. This is a form of ‘blue carbon’—carbon captured and stored by the world’s ocean and coastal ecosystems. “But when a fish is caught, the carbon it contains is partly emitted into the atmosphere as CO2 a few days or weeks after,” said Gaël Mariani, a Ph.D. student at the University of Montpellier in France. Mr. Mariani led a world-first study showing how ocean fisheries have released at least 730 million metric tons of CO2 into the atmosphere since 1950. An estimated 20.4 metric tons of CO2 was emitted in 2014—equivalent to the annual emissions of 4.5 million cars.

6. Metals from Chinese coal plants are ending up in Pacific Ocean, consequences uncertain 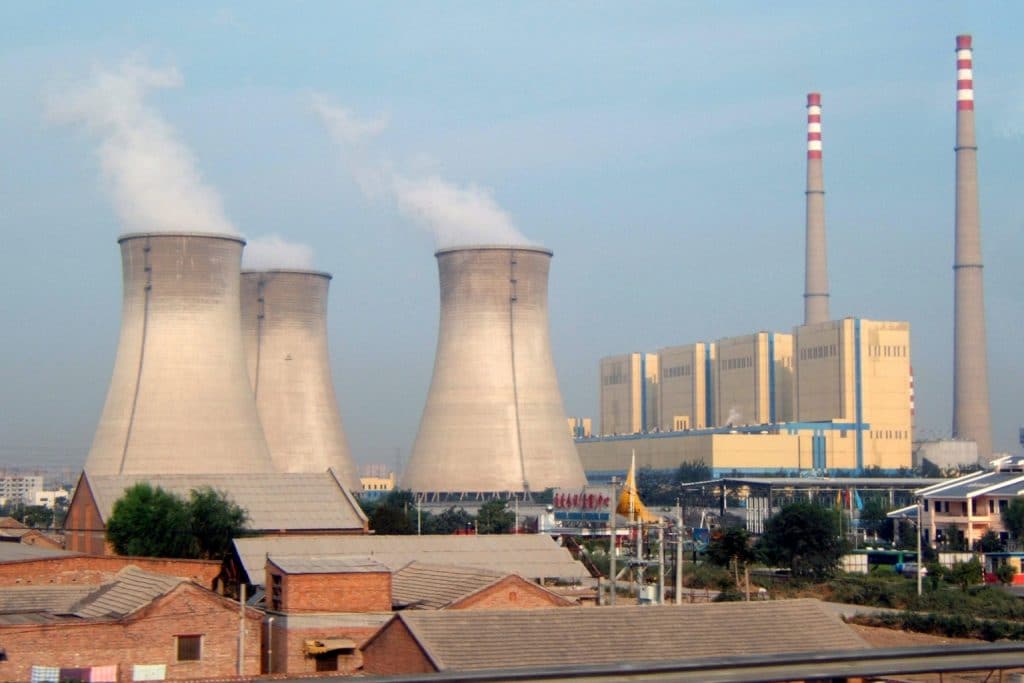 Emissions from coal-fired power plants in China are fertilizing the North Pacific Ocean with a metal nutrient important for marine life, according to new findings from a USC-led research team. The researchers believe these metals could change the ocean ecosystem, though it’s unclear whether it would be for better or worse. The study shows that smoke from power plants carries iron and other metals to the surface waters of the North Pacific Ocean as westerly winds blow emissions from Asia to North America. Peak measurements show that up to nearly 60% of the iron in one vast swath of the northern part of the ocean emanates from smokestacks. 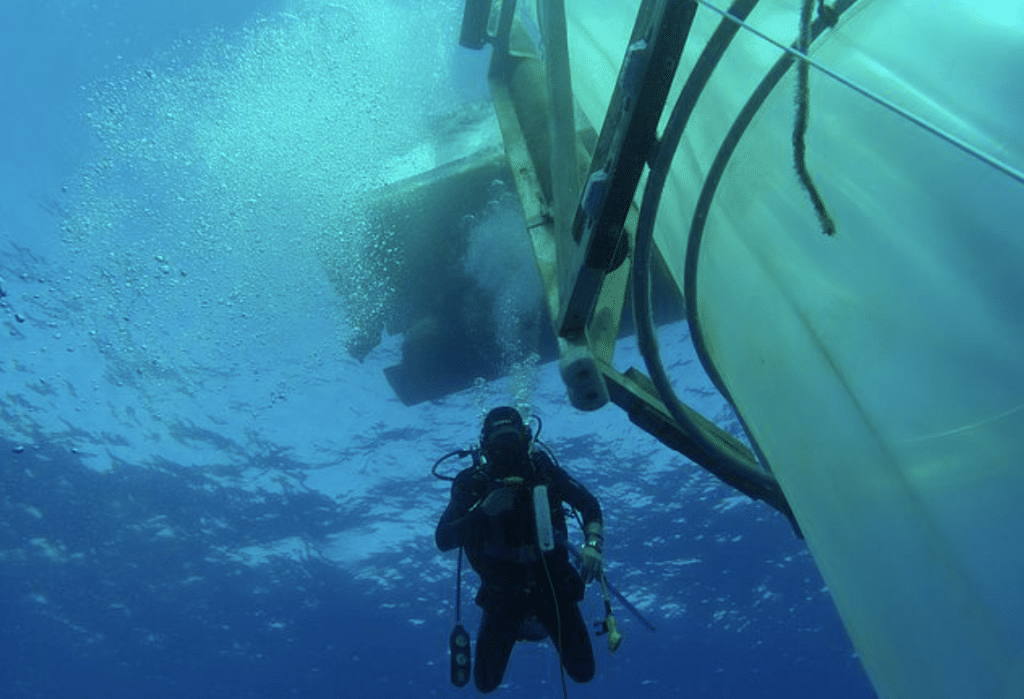 The ocean plays a key role in the current climate change, as it absorbs a considerable part of the atmospheric carbon dioxide emitted by mankind. On the one hand, this slows down the heating of the climate, and on the other hand, the dissolution of CO2 in seawater leads to acidification of the oceans. This has far-reaching consequences for many marine organisms and thus also for the oceanic carbon cycle. One of the most important mechanisms in this cycle is called the biological carbon pump. Part of the biomass that phytoplankton forms in the surface ocean through photosynthesis sinks to the depths in the form of small carbonaceous particles. As a result, the carbon is stored for a long time in the deep sea. The ocean thus acts as a carbon sink in the climate system. The study, which has now been published in the journal Nature Climate Change, is one of the most comprehensive studies so far on the effects of ocean acidification on marine ecosystems.

The critically endangered vaquita has survived in low numbers in its native Gulf of California for hundreds of thousands of years, a new genetic analysis has found. The study found little sign of inbreeding or other risks often associated with small populations. Gillnet fisheries have entangled and killed thousands of vaquitas in recent years and scientists believe that fewer than 20 of the small porpoises survive today. The new analysis demonstrates that the species’ small numbers do not doom it to extinction, however, and so gives hope for the small remaining population. Vaquitas have long survived and even thrived without falling into an “extinction vortex,” the new study showed. That’s a scenario in which their limited genetic diversity makes it impossible to recover. 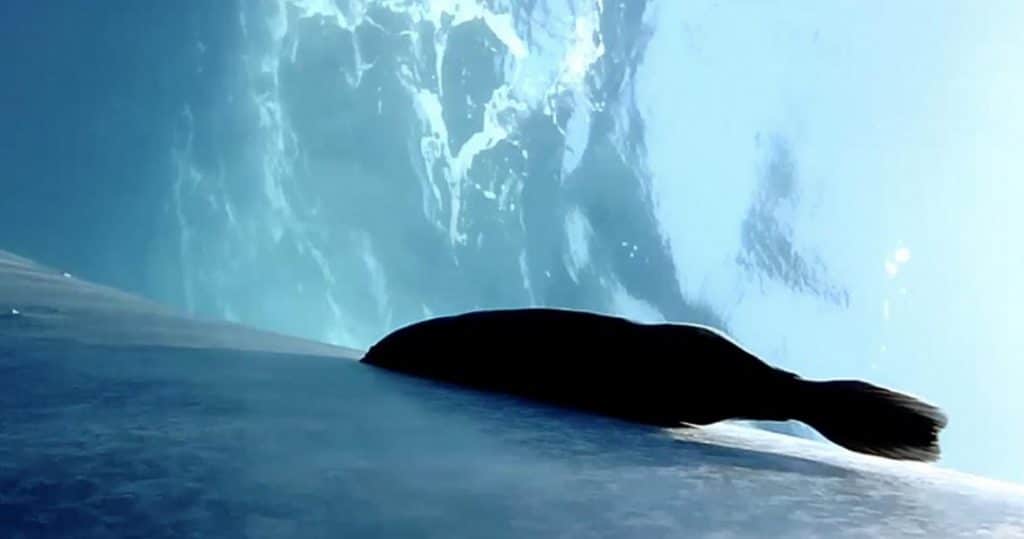 Sticking to the bodies of sharks and other larger marine life is a well-known specialty of remora fishes (Echeneidae) and their super-powered suction disks on their heads. But a new study has now fully documented the “suckerfish” in hitchhiking action below the ocean’s surface, uncovering a much more refined skillset that the fish uses for navigating intense hydrodynamics that come with trying to ride aboard a 100-foot blue whale (Balaenoptera musculus). In a study published Oct. 28 in the Journal of Experimental Biology, an international team of researchers studying the unique fluid environments of blue whales traveling off the coast of Palos Verdes and San Diego, CA has reported capturing the first-ever continuous recording of remora behavior on a host organism, using advanced biosensing tags with video recording capabilities. 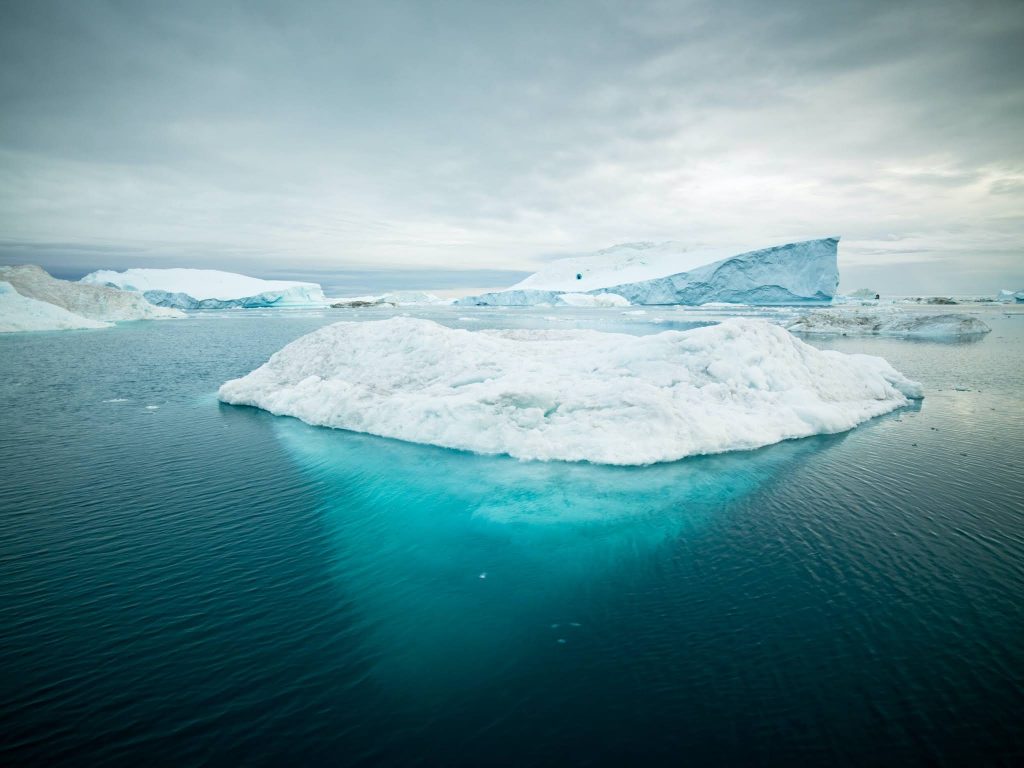 Ice loss from the Greenland Ice Sheet has accelerated significantly over the past two decades, transforming the shape of the ice sheet edge and therefore coastal Greenland, according to scientific research led by Twila Moon, deputy lead scientist of the National Snow and Ice Data Center (NSIDC). These changes to the ice sheet could have far-reaching impacts on ecosystems and communities, as the flow of water under the ice sheet as well as nutrient and sediment flow are altered. Results of the research were published on October 27th in the American Geophysical Union’s Journal of Geophysical Research: Earth Surface. “The speed of ice loss in Greenland is stunning,” said Moon. “We can now see many signs of a transformed landscape from space. And as the ice sheet edge responds to rapid ice loss, the character and behavior of the system as a whole is changing, with the potential to influence ecosystems and people who depend on them.”