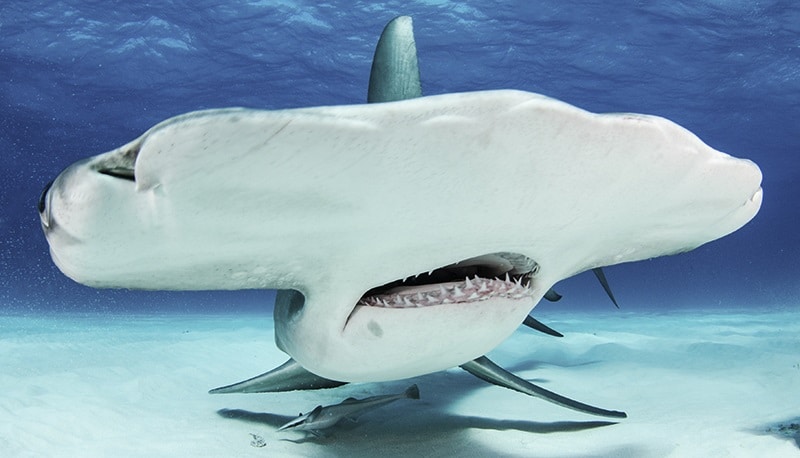 We are happy to announce that the Florida Senate Bill SB680, which curbs the import, export and sale of shark fins in Florida, has passed in both the House and Senate. It now heads to the Governor’s desk to be signed into law. We have come so far. We are one signature away from passing this critical legislation.
This bill has limitations. However, it’s passage would mean a big step forward for shark conservation, especially as Florida is the import hub in the US for shark fins.
Under this new legislation:
1. Foreign shark fin imports would no longer be allowed.
2. Only federal permit holders could possess detached shark fins. Only vendors with a federal permit could sell, trade or possess shark fins. Only existing permits are acceptable. No future permits will be issued.

Florida is a primary supplier of shark fins for the US and the rest of the world, currently processing and receiving shark fins from across the world to be shipped to Asia. This bill will stem this flow.

We need your help to make sure that this is signed into law immediately, join us and tell Governor Ron DeSantis to take action today.

Pledge to "Seas the Vote"

Your participation could mean the difference between healthy ocean futures and a saline wasteland. Commit to taking advantage of the privilege so many others fought for. Seize the Day! Seas the Vote!
CLICK TO ACT

Passing this bill into law would make the United States a leader in shark conservation, and reinforce that shark finning is barbaric, wasteful and a threat to our oceans’ ecosystems.
CLICK TO ACT

Sharks do not recognize political borders and we must work at the international level if we are going to realize true change. Help us turn this tide and ensure that "Shark Week" does not have to be moved to the "History Channel"
CLICK TO ACT
Facebook
Twitter
Instagram
Linkedin