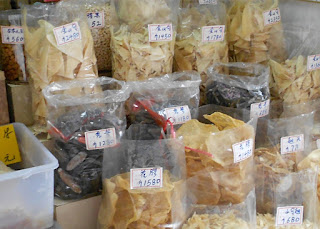 Sea Save Foundation continues its efforts to educate people around the world about the Shark Finning Problem. PRETOMA and The Shark Coalition continues to work toward the same goal.
(San Jose, Costa Rica – March 9, 2009) – Members of the Shark Coalition, represented by experts of the Humane Society International (HSI), participated in a meeting of the United Nations Food and Agriculture Organization’s (FAO) Committee on Fisheries (COFI) last week (March 2-6) in Rome, Italy, where Costa Rica led the call for a global “fins-attached” shark conservation strategy. Joined by 10 other Latin American countries, Costa Rica formally requested a U.N. workshop to address the barbaric and wasteful practice of shark finning.
Each year, around the world, tens of millions of sharks are hauled up on deck, where their fins and tails are sliced off and the (often still-living) sharks are then thrown back overboard to die a lingering and painful death. The reason for this shameful waste is the demand for shark fin soup. The effect has been the devastation of shark populations worldwide. Some shark populations have declined by more than 90 percent in the past 20 years. Some may never recover.
“Costa Rica has got it right”, says Patricia Forkan, president of Humane Society International, which has worked extensively on the issue of shark finning. “The Costa Rican proposal promotes the idea that sharks should be landed with fins partially or wholly attached to the carcasses, a practice that is required by law in Costa Rica and is the most simple and sure way to prevent shark finning.”
The FAO was the first multilateral body to address the problem of shark finning. However, the agreement that suggests a prohibition on finning is voluntary and open to interpretation, with the result that the FAO has achieved little in the way of shark protection to date. Sharks are in serious trouble. Strong finning bans combined with limits or bans on shark fishing must be implemented fully around the world to curb the rapid decline of shark populations.
“Due to the highly migratory nature of sharks, the regulation must be regional and global to be effective”, informed Randall Arauz, Coordinator of the Shark Coalition and President of the Costa Rican organization PRETOMA. “A U.N. workshop addressing the issue could help promote this policy in the European Union and in Regional Fisheries Management Organizations where shark finning is an issue”, said Arauz with optimism.
Facts:
• Recent studies in the Northwest Atlantic have shown steep declines in shark populations, particularly among highly migratory species. Since 1986, hammerheads have declined by 89 percent, thresher sharks by 80 percent, white sharks by 79 percent and tiger sharks by 65 percent. All recorded shark species in the region, with one exception, have declined by more than 50 percent in the past eight to 15 years. It is highly likely that similar results will be seen across the world’s oceans.
• In the Costa Rican Exclusive Economic Zone, shark relative abundance declined 60% from 1991 to 2001.
• Reported global trade in shark fins increased from 3,011 metric tons in 1980 to 11,732 metric tons in 2000. Much of the trade is unreported because many fins do not pass through normal landing channels and because most of the fin trade is conducted in cash to avoid tax and duties.
• Research in Hong Kong found that dried fins sold for as much as $744 per kilogram in 2002. In 2003 dried shark fins in China retailed for $200 – 300 (per kilogram).
• Shark fin soup can cost up to $150 per serving in Hong Kong, but there are worrying signs of a new market opening up for lower-quality fins, allowing millions more people to buy products such as shark fin sushi, shark fin cookies, shark fin cat food and canned shark fin soup.
• Shark fin consists of collagen fiber and has no taste. Flavor is added to the soup by the addition of chicken or fish stock.
• Unlike other fish, sharks take many years to mature, they have long gestation periods and they give birth to live young – or they lay eggs – in very small numbers. In some cases of severe overfishing, recovery of the stock, if possible at all, will take decades.
PrevPreviousPoached Cocos Island Sharks – Shipped Worldwide
NextBlue Vision ReflectionsNext
Facebook Twitter Instagram Linkedin Youtube