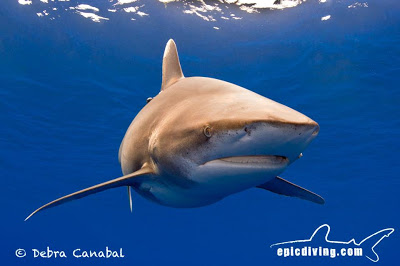 The species has suffered drastic declines. Populations of oceanic whitetip sharks have declined by >99% in the Gulf of Mexico, and 60% to 70% in the northwest and central Pacific Ocean. Threats to the species are bycatch in pelagic longline and driftnet fisheries for swordfish and tuna, and the unsustainable harvest for the international fin trade. Their fins are easily identifiable and one of the most common shark fins in trade. The species clearly meets the criteria for listing on Appendix II.
Speaking in favor of the proposal were delegates from  Honduras, Venezuela, Australia, New Zealand, Norway, Liberia, Benin, Congo, Guinea, Mali, Nigeria, Senegal and the Bahamas, who noting shark tourism has contributed $800 million to their local economy. Ireland on behalf of the European Union also spoke in favor of the proposal and offered to provide $1.2 million to assist in capacity building for the species. The FAO stated the species meets all the scientific criteria for an Appendix II listing.
China opposed the listing,  claiming that a finning ban would be a more effective conservation measure than an Appendix II listing. The delegate from Singapore said they are opposing  all the shark proposals. Japan, Thailand, St Vincent and the Grenadines, and Grenada rejected the proposal stating  conservation should be handled at the regional level. Grenada questioned the 18-month delay in implementation contained in the proposal to allow time to iron out technical aspects, and both the CITES Secretariat and Brazil responded they will provide any necessary technical support to the Parties.

The  Chair accepted interventions from two NGOs: Pew Environmental Group, which spoke in support of the proposal; and IWFC, but IWFC passed the microphone to the International Coalition of Fisheries who opposed the proposalalthough admitting the species meets the biological criteria for the Appendix II listing.
The Russian Federation stated that it will abstain from the vote.
Japan moved for a secret ballot and received the necessary 10 seconds for a secret ballot.
Proposals require a 2/3rds vote of the Partiess for acceptance. There were 92 votes in favor (68.66%), 42 opposed (31.24%) with 8 abstentions.
THE OCEANIC WHITETIP SHARK PROPOSAL WAS ACCEPTED