Brazil, Costa Rica, Honduras, Colombia, Ecuador, Denmark on behalf of the European Union, and Mexico, proposed three species of hammerhead sharks for inclusion in Appendix II. The three species proposed are the Scalloped hammerhead, Sphyrna lewini, the Great hammerhead, S. mokarran, and the Smooth hammerhead, S. zygaena. The two later species are included in this proposal due to their similarity as “look-alike” species. Declines in scalloped hammerhead sharks from the mid 1970s, 1980s and early 1990s to recent years range from 98%, 89% and 26%-89% respectively in the northwest Atlantic, and 98% in the southwest Atlantic. Significant declines have been reported in the Indian Ocean, and in the Mediterranean there has been a decline of 99.9% in the past century. 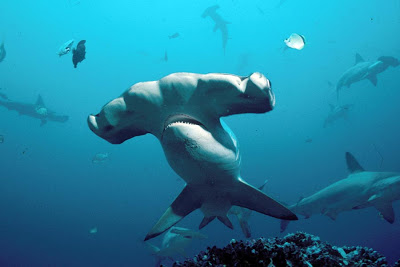 Hammerhead sharks are some of the most frequently illegally fished of all shark species. Trade in meat and other products of hammerheads are insignificant compared with the trade in their fins. Their fins are primary products in international trade.

Speaking in favor of the proposal were delegates from Mexico, United States, Ireland on behalf of the European Union and Croatia, Argentina, Brazil, Canada, Colombia, Comoros, Costa Rica, Ecuador (noting that populations of hammerhead sharks are dropping dramatically), Honduras, Maldives (noting that they have totally banned shark and manta ray fisheries), New Zealand, Nigeria, Seychelles, Somalia, Yemen, Sierra Leone (their delegate was eloquent. He reminded  delegates  that Regional Fisheries Management Organizations (RFMOs) do not regulate international trade. He also said CITES is a key instrument in maintaining biodiversity and regulation of international trade, and questioned if an Appendix II is enough to protect the species).

Opposing the proposal were Japan, Cambodia, Ghana (who claimed to be expressing the views of 22 Parties in West Africa),   Mozambique, Namibia, China (expressing doubts that an Appendix II listing will be enforceable and urged Parties to initiate RFMOs if they have not already done so). India asserted that the only consideration should be the biological criteria and feels data on status of the species in their waters and the Indian Ocean are inadequate. 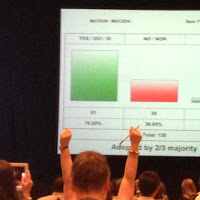 The Food and Agriculture Organizations of the United Nations (FAO) concluded that the scalloped hammerhead met the criteria for listing on Appendix II and some populations met the criteria for Appendix I. Two NGOs were allowed to speak: The Wildlife Conservation Society which supported the listing, and IWMC which opposed it

China requested a secret ballot and received the needed 10 seconds. The proposal achieved the required 2/3rds vote: 91 (70%) votes in favor, 39 against, 8 abstentions.

THE PROPOSAL TO LIST THREE SPECIES OF HAMMERHEAD SHARKS WAS APPROVED.  AWAITING RATIFICATION