What Lurks Beneath: 5 Freaky Sharks That Own the Ocean

At a head-on glance, this shark looks pretty average. No funky-shaped head or gigantic mouth with gleaming daggers. But when the sharks turns, you see it: the exceptionally long, whip-like tail. 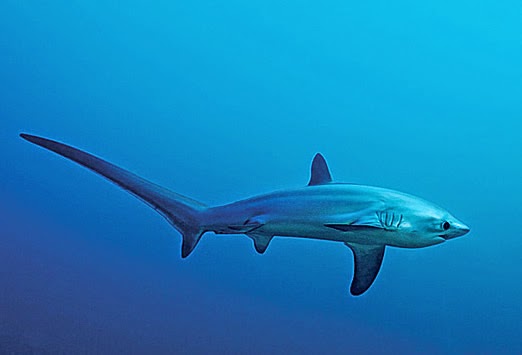 This shark’s superpower is its immensely strong tail, which can be as long as its body. When hunting prey or fighting predators, it uses this tail to “stun” so it can move in for the kill or make a quick escape.

The name of this shark says it all. The sawshark boasts a long, protruding snout packed with razor-sharp teeth. It uses this personal chainsaw, a rostrum that accounts for 30% of its total body length, to slice and dice prey. 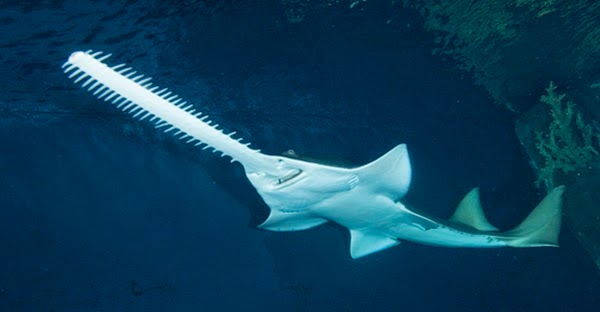 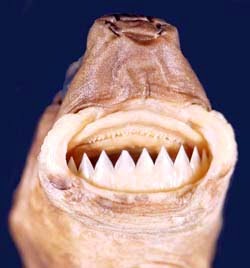 Though it was once a threatened species, animal protection laws have allowed the population to recover, and now these creatures are thriving in the depths of the Indian Ocean. While the sawshark looks intimidating, its interactions with humans are very rare.

This shark earned its name and a spot on our list due to its unusual feeding style. The cookiecutter shark uses its small, razor-sharp teeth to remove chunks of flesh from its victims, similar to the way a cookie cutter cuts shapes out of dough. The shark digs its top row of teeth deep into the victim’s flesh and uses the bottom row as a vibrating mechanism to gouge out a bite. Though it reaches just 22 inches in length, cookiecutter bites have been found on much larger animals, such as whales.
Though this shark’s method of feeding might give you the chills, humans need not worry about an encounter. Only a handful of incidents have been recorded. More than anything, the cookiecutter shark is a nuisance to shipping vessels, fishing lines, and trawls. 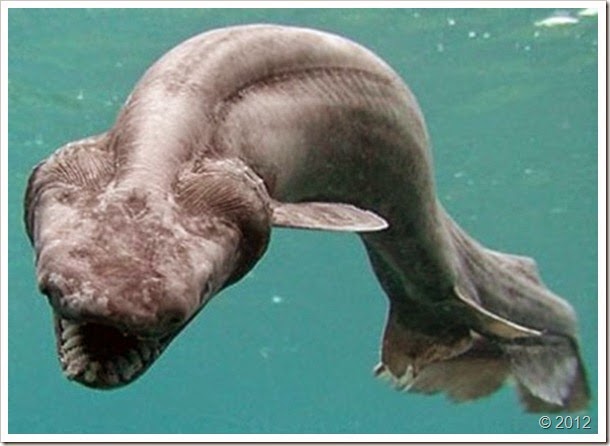 Often referred to as a “living fossil,” this shark made our list because of its rarity and unusual appearance. The frilled shark has been seen alive only a handful of times. It dwells in the depths of the Atlantic and Pacific oceans and shares traits with extinct sharks from the Jurassic period.
This shark has an elongated body and is thought to attack prey in a striking motion, similar to a snake. Its teeth are fashioned into columns intended to hook or ensnare prey, making it difficult for food to get away. The shark has also been known to simply open its mouth and invite prey in.

It looks like something you’ve seen in a nightmare, but this creature is indeed very real. Our #1 freakiest shark spot goes to the goblin shark, a deep water shark with the weirdest appearance of them all. 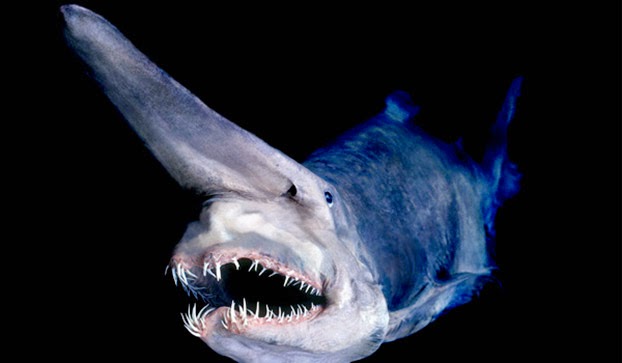 The goblin shark is pinkish in color, can grow to over 13 feet, and has a long, flat snout with extendable jaws and hundreds of needle-like teeth. This shark waits until prey is within reach before extending snapping jaws almost to the length of its snout to crush and devour prey. It lives at depths of around 1500 feet and is rarely seen by humans.

These sharks may seem freaky to us, but their unusual characteristics have allowed them to survive and thrive. Each one plays a vital role in its underwater ecosystem.

Help us send a message that these and all sharks must be protected from unsustainable fishing by uploading your “Give ‘Em the Fin” pic today! To find out more, visit http://seasave.org/what-we-do/give-em-the-fin. 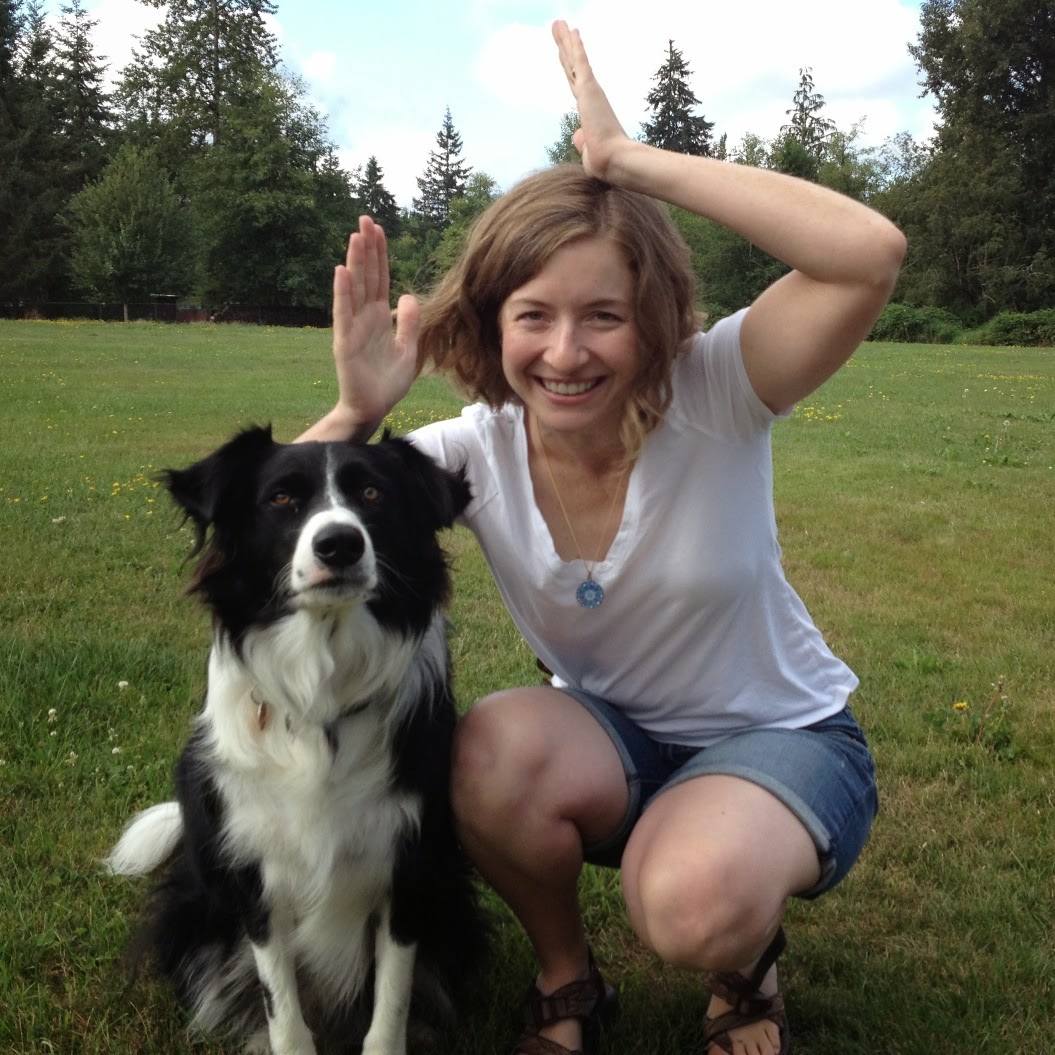