This past Monday, the United Nations Court banned Japan’s annual Antarctic Whale Hunt, rejecting the country’s claim that the hunt is for “scientific purposes” and forcing Japan to cancel the hunt for the first time in almost 25 years. Whaling has been outlawed in Japan since 1986, but the country has skirted the law under the guise of “Scientific Research”. Japanese officials have made no secret that whale meat is used as food in Japan and against worldwide pressure, have continued to hunt whales as a means for food. The demand for whale meat has been on a steady decrease in recent years and shows little need for the whaling industry; however, Japan wants to continue this unnecessary atrocity.

After the International Court ruling on Monday, Japan has agreed to abide by the new law. As per the ruling, all existing permits or licenses allowing whaling are now void and no permits shall be given. The hunt itself is to be cancelled immediately.

Officials speculate that Japan will find another loophole to continue with its annual whale hunt, possibly exploring other oceans in which the ban does not cover, such as the Pacific. Australia and New Zealand have pledged to continue pressuring Japan to refrain from hunting whales. 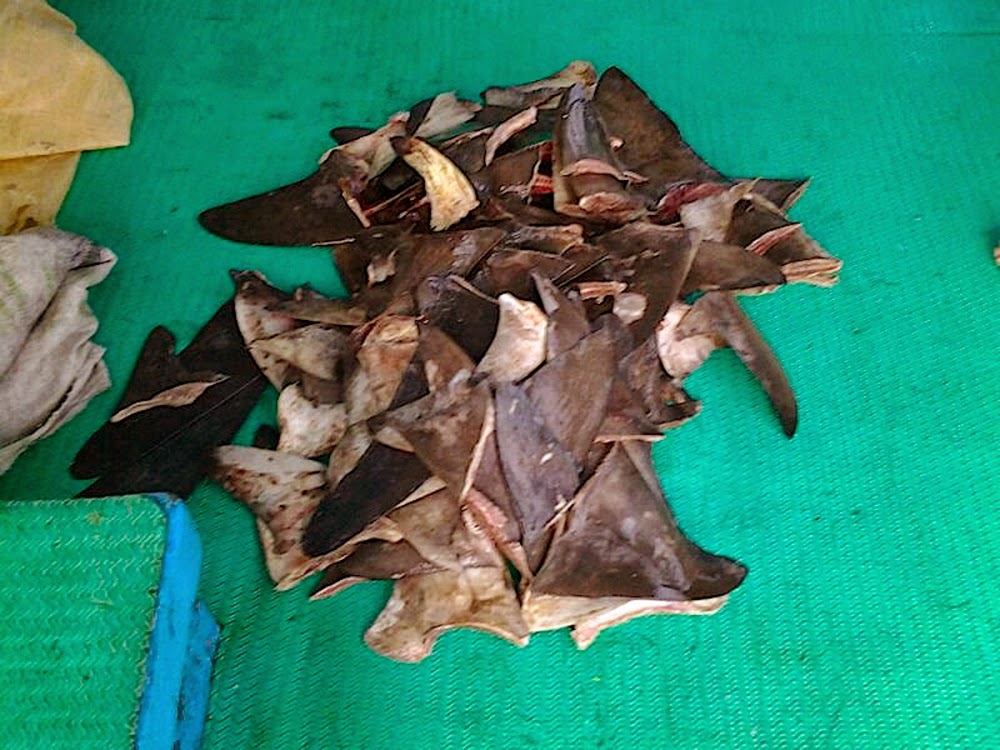 The Costa Rican Coast Guard seized 153 shark fins aboard a fisherman’s boat this past Sunday, all illegally obtaining through shark finning. The fisherman was suspected to have killed as many as 40 sharks, each reaping between 4 and 6 fins each. The fisherman’s boat was discovered during a two day Guard Operation in the South Pacific off the shore of Golfito.

Shark Finning has been banned in Costa Rica since 2012, but illegal shark finning continues to occur. Shark Finning is the barbaric practice of cutting the fins off a live shark, then throwing its body back into the ocean to die. Fishermen employ this practice to spare more room of their boats, since the remaining shark parts are of no value to them.

Although shark finning is illegal in most countries, it is still a worldwide problem that needs to be worked on. Find out how you can help stand against shark finning by visiting the Sea Save Foundation website, or participating in Sea Save’s Earth Day 2014 Event: Give Em’ The Fin Around the World. 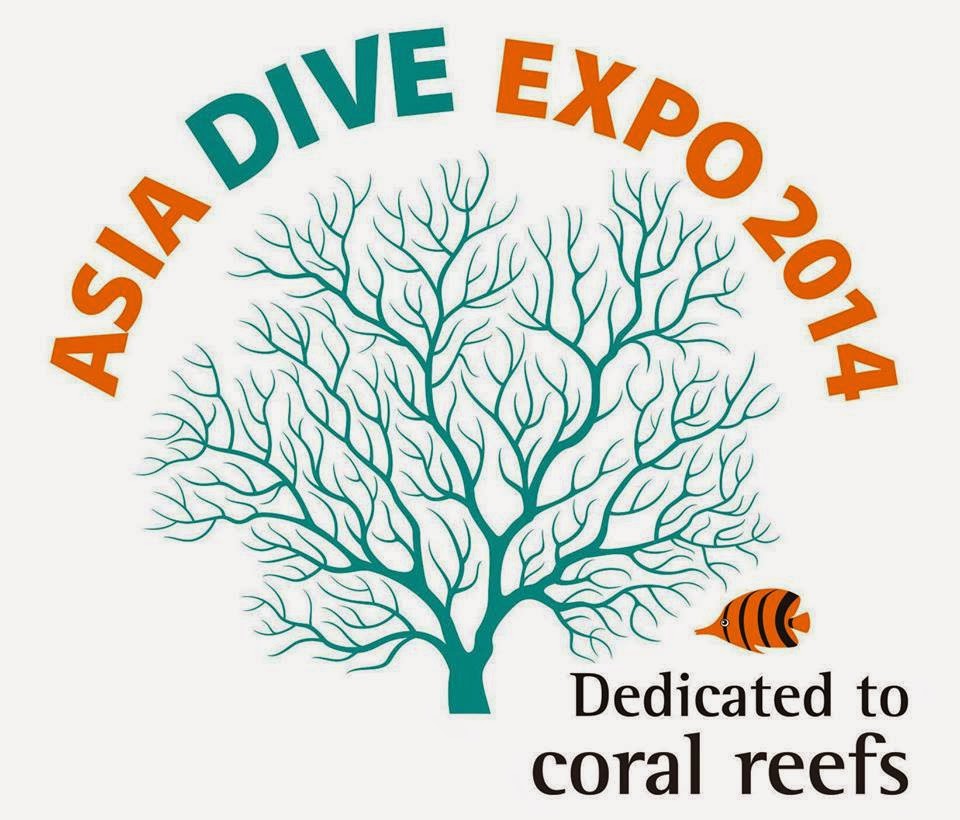 The Asia Dive Expo is an annual event held in Singapore that strives to bring awareness to oceanic issues, educate on technical diving and celebrate our beautiful ocean. ADEX hosts a medley of exhibitors, varying from ocean conservationists to underwater photographers to dive experts all uniting to share their knowledge and love for the sea. The 2014 ADEX is dedicated to coral reefs, a keystone member of marine ecosystems. Many coral species are currently under threat due to pollution, ocean acidification, and climate change. 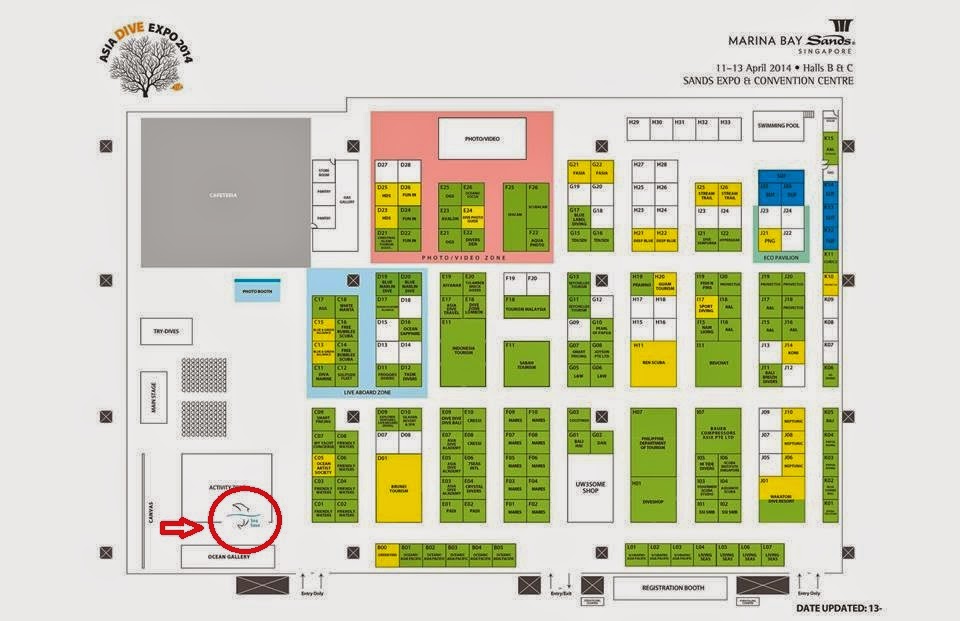 Sea Save Foundation will be attending the 2014 ADEX for the first time and thanks to a kind invitation from ADEX organizers Cassandra Ann Dragon and Michael Aw, the Sea Save Foundation “Give Em the Fin” Mosaic will be featured at the show. As a stand against shark finning, Sea Save Foundation has collaborated with conservationist all over the globe to create a mosaic featuring Sea Save’s Give Em’ Fin symbol in front of world monuments. If you uploaded your Give Em’ Fin picture to Sea Save’s website, you will be a part of Sea Save’s mission and seen by over 38,000 people. If you haven’t uploaded your picture yet, do not worry! There is still time and we would love to feature you and your monument on our mosaic.

We are very excited to bring our Give ‘Em the Fin campaign to this event to honor these beautiful creatures, and to educate on the terrible practices of shark finning. If you are attending ADEX, make you stop by and visit Sea Save Foundation in the Activity Center!

In celebration of Earth Day on April 22nd 2014, Sea Save Foundation is spearheading a creative, fun and impactful event – Earth Day 2014: Give Em The Fin Around The World!

Sea Save invites you and volunteers from around the world to host their own Give Em The Fin event so that we can unite as one voice and apply international pressure upon the shark finning industry, decision makers, and individual consumers of shark fin soup.

As of now, over 5,000 people have RSVP’ed to be a part of this global event and you can too! All you need to do is join our Give Em The Fin Facebook Event and then the rest is easy; just plan a fun event in honor of Earth Day. Events can be as simple as a small dinner party or as extravagant as a Earth Day pub crawl. Whatever event you choose to plan, we want to see it! Make sure to snap a few “Give Em The Fin” photos submit them to our Sea Save Mosaic. Check back at our Facebook page to see your picture featured in the mosiac and your location on the map. For more information on how to plan your own Give Em The Fin event, visit our Event in a Box page for details.