California State Senator, Leland Yee, was arrested on Wednesday on charges of public corruption as part of an FBI sting operation.

Yee, a prominent figured in the community is facing an array of charges including money laundering, bribery, drug distribution, murder-for-hire and firearms trafficking. If convicted, Yee could be sentenced with over 100 years in prison.

Yee, a California State Senator known for opposition of a groundbreaking ban on shark fins and his gun control advocacy, was arrested alongside Raymond Chow, a local Mason with ex-gang afflictions. Both parties were held on bail, Yee’s bail was set at $500,000 and the provision that he remains in the state of California.

Sea Save Foundation leadership went head to head with Yee during the heated campaign to get AB 376, the California Shark Fin ban passed.  Sea Save Foundation Director, Georgienne Bradley commented, “The AB-376 campaign was particularly challenging because opponents claimed racial discrimination.  Nothing was farther from the truth.  We were looking to protect sharks and ocean health, now and for the future generations of all people.”  Recently, AB-376 was challenged and then upheld in federal court.

Leland Yee was released Wednesday afternoon and is due back in court on Monday, March 31, 2014. Due to his recent arrests, President of the California State Senate has called for Yee’s resignation from the Senate.

Six months ago, a mother and two baby sea otters were found dead near Asilomar State Beach in Pacific Grove, California. Cause of death? Gunshot wounds.  Officials have determined that someone is hunting these endangered creatures, which wouldn’t be hard considering they spend most of their time floating along the ocean’s surface in coastal areas.
Officials speculate that someone is targeting and shooting the sea otters from the shoreline. Sea Otters are a threatened species and are protected under the U.S. Endangered Species Act. Killing one of these furry friends carries a hefty fine of $100,000 and jail time.
U.S. Fish and Wildlife Service officials currently have no leads on the murderer but are offering a $21,000 for any tips that lead to the shooters arrest. If you have any information regarding this crime, we encourage you to come forward! Tips can be reported to the U.S. Fish and Wildlife Service at (650) 876-9078. Or if you choose to remain anonymous, tips can be reported to (703) 358-1949. Help catch this killer before we lose any more otters.

In celebration of Earth Day on April 22nd 2014, Sea Save Foundation is spearheading, a creative, fun and impactful event, Earth Day 2014: Give Em The Fin Around The World!

Sea Save invites you and volunteers from around the world to host their own Give Em The Fin event so that we can unite as one voice and apply international pressure upon the shark finning industry, decision makers, and individual consumers of shark fin soup.

As of now, over 5,000 people have RSVP’ed to be apart of this global event and you can too! All you need to do is join our Give Em The Fin Facebook Event and then the rest is easy; just plan a fun event in honor of Earth Day. Events can be as simple as a small dinner party or as extravagant as a Earth Day pub crawl. Whatever event you choose to plan, we want to see it! Make sure to snap a few “Give Em The Fin” photos submit them to our Sea Save Mosaic. Check back at our Facebook page to see your picture featured in the mosiac and your location on the map. For more information on how to plan your own Give Em The Fin event, visit our Event in a Box page for details.

Tuesday was a monumental day in the history of AB 376; Federal Judge William Orrick III ruled to uphold AB376 and dismissed a suit against AB 376 as non-discriminatory. Multiple Chinese-American business associations in the Bay Area had challenged the bill and claimed targeted the Chinese community and exceeded California’s right to regulate fishing.  “People of Chinese origin or culture undoubtedly, overwhelmingly, comprise the market for shark fin,” the judge explained, “However, a law is not unconstitutional simply because it has a racially disparate impact.”
This law mandates that the selling of serving of shark fins will be punishable by law and will continue to be enforced throughout the entire state of California. Shark fins are used to supply the demand for Shark Fin Soup, which leads to the deaths of millions of sharks every year. In order to obtain the fins, fishermen catch the sharks and merely cut the fins off before dumping the still living shark back into the ocean to die.
The opposition to the law has the opportunity to appeal it at a later date in court. Stay tuned to the Sea Save Foundation blog for breaking updates.

Last month, the UAE, Comoros, Egypt, Jordan, Libya, Mauritania, Sudan, Syria and Yemen became the first Arab nations to sign a Memorandum of Understanding (MoU) pledging to improve the protection of migratory sharks. The MoU supports the development of a plan to protect migratory sharks as well as a plan to potentially add more sharks on the protected species list. These nations pledged to conserve seven different migratory species of sharks, including the Great White Shark, the Porbeagle, and the Whale Shark. 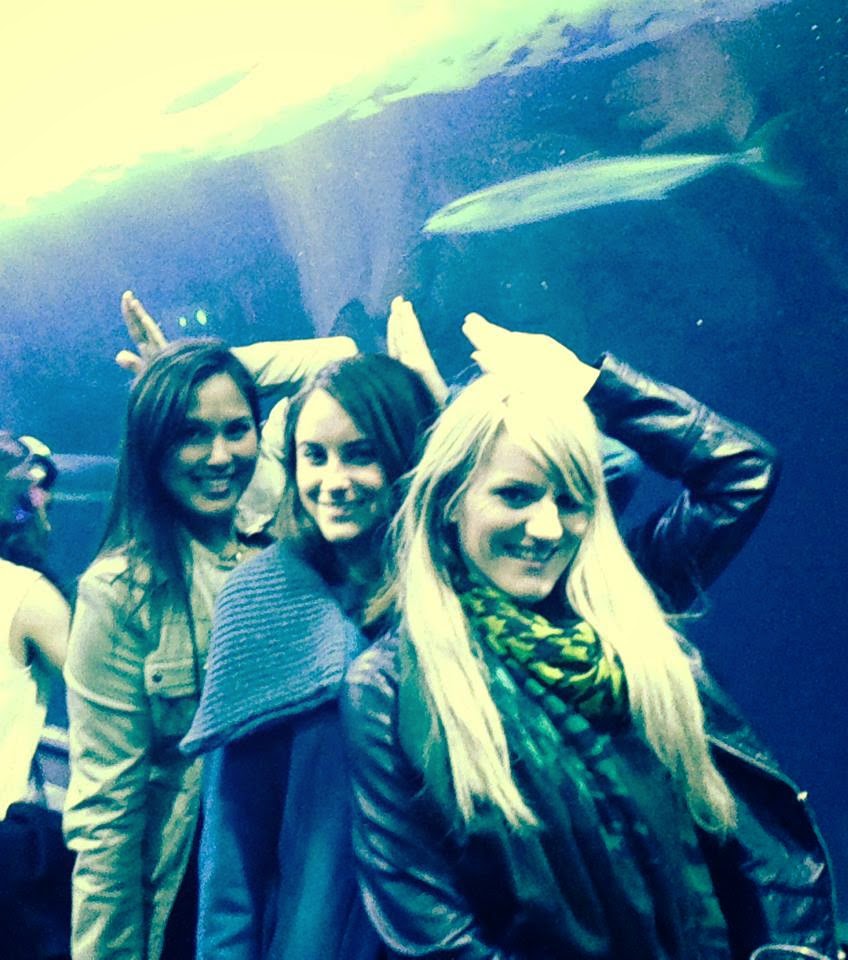 Many shark species are greatly threatened by unsustainable fishing practices, with shark finning being at the pinnacle of these destructive procedures. Shark fins are vastly popular in China and the Far East for the use in soup as well as traditional medicines. With the price of a single bowl of shark fin soup costing as much as $100 US, fisherman are willing to go to extreme lengths in order to acquire as many fins as possible.
Raising awareness on a global level is of utmost importance and must be continued through community outreach, petitions, and legislation. Sea Save Foundation’s campaign, “Give Em the Fin”, is achieving this by reaching out to people locally, nationally, and internationally to raise awareness about the destructive practices carried out on sharks. The goal of the project is to collect 20,000 photographs of people from around the world giving the universal sign of the shark. These photos will be added to a mosaic printed on billboards to represent the international support for shark protection.
Get involved! Go to Sea Save’s Give Em’ Fin Mosiac Upload and in just a few minutes you can add your image to our mosaic. Then share on Facebook and help build momentum. “Be Part of the Global Picture. Say “NO” to Shark Fin Soup!” To read the full article, click here.

The Turf War in Australian Waters

A rebuttal to “Whose Life Is More Important? Yours, Or AShark’s?” by James Delingpole
James Delingpole voices his opinion on the Western Australian Shark Cull, a policy implemented in 2014 allowing baited cull nets to be placed around the Australian coastline, leading sharks to certain death in the name of protecting beach-goers. James summarizes that the protection of sharks versus humans in the ocean is ludicrous and that every action should be taken to protect swimmers; even if it harms the already vulnerable shark population. James goes as far to state that just because humans were not born with gills, does not mean that the ocean is not ours to conquer and if he were ever bitten by a shark, he would want the animal executed. 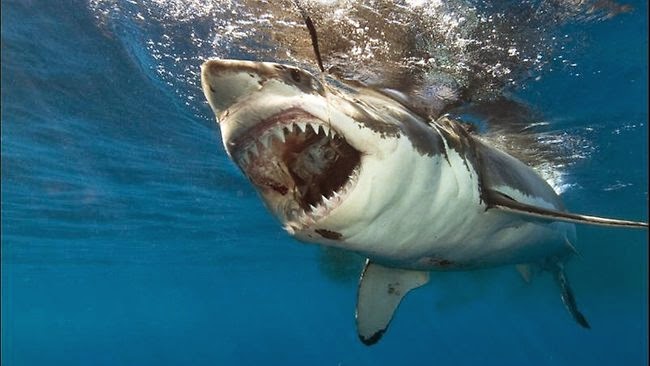 Sea Save Foundation writer, Nilo Far, comes back with a more sustainable, ethical approach and asserts that it is our duty to protect the ocean and more directly, preserve the shark population. “Even swimming daily in the shark-infested waters, you are 47 times more likely to die by lightening than being attacked by a shark. Less than one in every 3 million scuba dives in Western Australia result in a fatal shark attack. In fact, for every human killed by a shark, humans kill approximately 2 million sharks” explains Nilo. Nilo continues with the argument that as visitors in a shark’s home, we must be aware of the risks and understand that sharks are not the killing machines that mainstream television has painted them to be.
It is crucial for humans to view the ocean as a co-habitant environment, not another frontier to conquer and own. Without sharks, our ocean would not be the beautiful, robust ecosystem that allows us the privilege to visit and enjoy magnificent sights and experiences. To read the full article, visit our blog or click here.