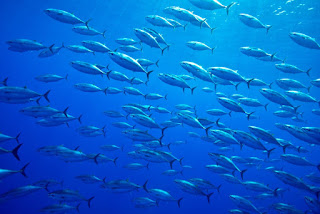 Last November 5, the Technical Secretariat of the Environment of Costa Rica (Setena) issued a resolution calling for the operation of Tuna Farms of Golfito to continue with its execution. The project, which consists of the installation of 10 cages that will fatten up to 120 tons of tuna per cycle, was suspended by order of the Constitutional Court on May 9 of 2007, due to the serious inconsistencies found regarding the threat of polluting the delicate ecosystem of the Golfo Dulce, and the impact on sea turtles. Setena had declared that the project was environmentally viable since August 19, 2005.

In order to elucidate the inconsistencies that the Constitutional Court pointed out, Setena requested the technical criteria of the Center for Marine and Limnological Research of the University of Costa Rica (Cimar). In the report, submitted last September 30, Cimar underlines that to predict the possible destiny of wastes and served waters with more certainty, a much more comprehensive study regarding ocean currents is needed than the one that was submitted in the Environmental Impact Study. Furthermore, it points out the need for a Plan of Action to deal with the sea turtles and whales that use these waters.
According to the Costa Rican NGO Pretoma, which filed the Constitutional Law Suit to stop the installation of Tuna Farms together with the Association of Neighbors of Punta Banco, Setena granted the environmental viability without having elucidated the inconsistency described by the Constitutional Court regarding the ecological impact that the Tuna Farms may have on the Golfo Dulce. To make matters worst, Setena doesn’t even acknowledge that sea turtles nest in the area, in spite of the fact that for the last 11 years Pretoma has been doing sea turtle conservation projects in the community of Punta Banco, an olive ridley sea turtle nesting site located directly in front the area that the proposed Tuna Farms will occupy.
“The Constitutional Court had already expressed that Setena was in the obligation of ordering the performance of studies to previously guarantee, and with an acceptable degree of certainty, that the metabolic wastes produced would not affect the environment nor the delicate ecosystem of the Golfo Dulce”, informed Randall Arauz, President of Pretoma, “The requested studies still haven’t been performed, nor have the contaminant issue been elucidated, because of which the recommendation to continue with the execution of the Tuna Farms is contrary to the order of the Constitutional Court”, explained Arauz.
According to Miguel Gómez, Pretoma’s Campaigns Coordinator, sea turtles are under serious threat, as the structures with the cages would attract the sea turtles that visit the beaches of Punta Banco, Estrechura, and Río Coco to nest, and would interrupt the hatchlings on their way to the open sea. “We still don’t see a serious plan to mitigate the impact of the Tuna Farms on sea turtles, but if Setena won’t even acknowledge that sea turtles nest on these beaches, what can we expect?,” said a disappointed Gómez.
On November 11 of 2008, Pretoma filed suit to revoke Setena’s resolution, as well as an appeal to the Ministry of Environment.
Randall Arauz