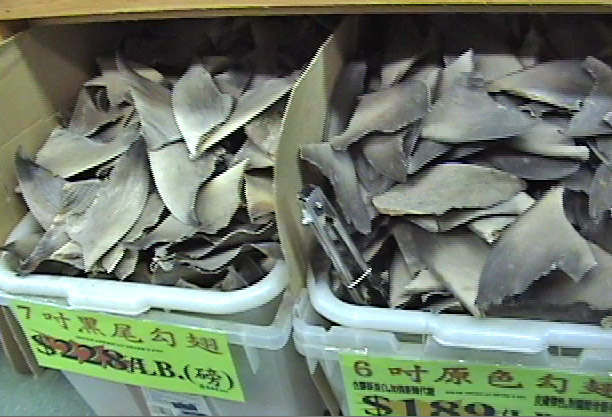 “Sharks and their harvested fins from Cocos Island travel via California to Hong Kong. This bill would shut that down.  I believe that this impact will be even greater that just the shutting down than the actual California retail sales.

This was an unusual hearing.  Every committee member made a statement about the bill. Each weighed in with their support or concern.  Many members felt that if this bill does not have a significant wide-reaching impact it was not worth risking the appearance that we are insensitive to the culture of a segment of our population.

If passing the bill will have an impact, then more people will vote for the bill. We need to convince committee members that this will cause a major impact to the global shark market.

The other primary concern is the issue of exemption allowance.  Currently, you can possess a shark fin if you are a licensed fisherman and you caught that shark yourself.  There was a concern that not allowing that fisherman to sell this fin, would be unfair.

Honestly, there are relatively few sharks legally caught in the United State for the fin trade. So this debate may be mute since the numbers are insignificant.

How to resolve this conflict is difficult.  Opponents and supporters alike, will say this will be difficult to control.  It undermines the general conservation basis of this bill.  If you allow any finning, you open up the flow of legal and illegal fins to the global market. Putting unreasonable stress on shark populations.

So, if opponents want some exemptions, and we could establish a chain of command, how could we figure out where a specific shark fin came from?  Supporters of this bill do not want to allow for exemptions or amendments because this loophole would be too large and too costly to be practical.

As a state this means our Fish and Game would have to have an international presence to make sure that a fin was properly tagged wherever it was caught. The entire process is cumbersome as it changes hands and this tag could get tampered or altered with.

There is no fee in this bill, so there is no way our Fish and Game Department can afford to take on this extra and daunting obligation.  They are underfunded and there is no way this can happen.

Any amendment will have to be okayed by the author’s office and I do not think that will happen, nor do I think there is any reason why it should.  People need to raise concerns about potential amendments.

The author almost always has the ability to say “yes” or “no” on an amendment. Now if they will not incorporate an amendment, the committee could decide not to vote for a bill.. So there is often negotiation here.

As for the next step, Appropriations, and I am pretty sure it will need to go to Appropriations due to the cost of policing this bill…. The chair of Appropriates sits on the Natural Resources Committee and she gave a pretty strong statement in the last hearing that she was going to support the bill….”