In celebration of Earth Day on April 22, 2014, Sea Save Foundation is spearheading a creative, fun and impactful event called Earth Day 2014: Give ‘Em The Fin Around The World!

Sea Save invites you and volunteers from around the world to host their own Give ‘Em the Fin event. The event unites us all as one voice to apply international pressure on the shark finning industry, decision makers, and individual consumers of shark fin soup.

Join our Give ‘Em The Fin Facebook event, and the rest is easy. Plan a fun event in honor of Earth Day, snap a few “Give ‘Em The Fin” photos, and submit them to our Sea Save mosaic. You’ll see your picture featured in the mosiac and your location on the map.

A recent court verdict may have opened a loophole that legalizes shark finning in Costa Rican waters. For a guilty verdict of shark finning, the fins of the shark need to be removed from the body while at sea. Instead of removing the fins, the fisherman hack away the flesh of the shark until only the spine remains, with fins “naturally attached,” which meets the law’s requirement of bringing all sharks to port with the fins still intact. With this verdict, conservationists worry that the gates may have opened to legal shark finning. 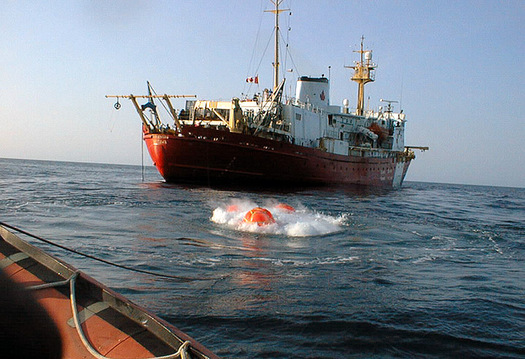 Coastal communities on the East Coast of United States are rallying against dynamite-like underwater blasts used to survey for oil and gas deep beneath the Atlantic Ocean floor. If approved, boats towing airguns will send high-decibel sound blasts through the ocean for months on end.

Dolphins and whales rely on their hearing to catch food, communicate and reproduce. Airgun blasts kill fish eggs and larvae and scare away fish from habitats. It will disrupt the vital behaviors of millions of other marine animals including sea turtles. Imagine trying to carry out your day with a deafening blast every 10 seconds.
Sign a petition to say ‘no’ to offshore drilling, dirty energy practices destroying our Earth for profit at www.surfrider.org/campaigns

Billionaire Guo Guangchang,  chairman of Chinese investment firm Fosun International, will be honored in New York this Thursday, April 17, for his efforts to stop shark finning. Guo was named “Global Shark Guardian” at an event organized by WildAid, the Nature Conservancy, and the Pew Charitable Trust 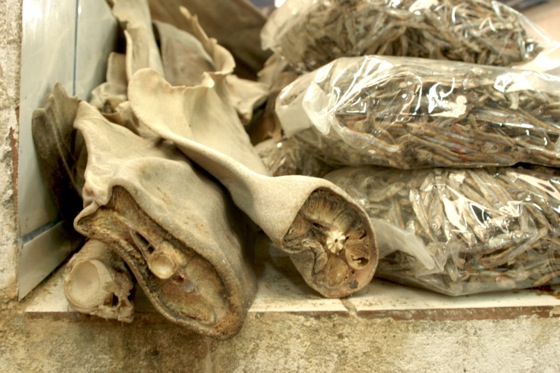 Wild Life Risk activists have discovered a 6.8-ton shark fin shipment brought into Hong Kong from the Middle East via Philippines Airlines. The delivery was found in Hong Kong’s Sheung Wan district next to the Courtyard Marriott Hotel.