Share on facebook
Share on twitter
Share on linkedin
The Costa Rican Fisheries Institute (Incopesca) and the Technical Secretariat of the Environment (Setena) have three days to respond. Constitutional Court orders Incopesca and Setena to inform on
lack of Environmental Impact Assessments to allow this activity.
Constitutional Court orders Incopesca to not grant any more shrimp trawl licenses.
San José, Costa Rica – May 30, 2012. 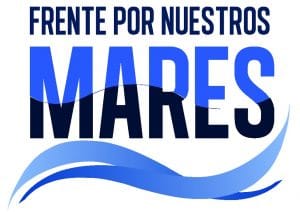 The Constitutional Court decided to move forward with the suit filed  against shrimp trawling activities submitted by Non Government Organizations (NGOs) members of the “Frente Por los Mares” (Our Oceans Front).  The Court considers that this case is not only the competence  of Incopesca, but also of Setena, because of which it granted both institutions a 3 day term to inform it on the terms presented in the suit.

The Constitutional Lawsuit against shrimp trawling was submitted last May 28, the objective of which is to forbid this type of fishing due to its irrefutable destructive nature. “Our Oceans Front” denounces that Environmental Impact Assessments are not mandatory to carry out  this activity, the negative effects of which have been widely demonstrated through scientific research.

As for right now, the group of NGOs is satisfied, but not too confident ye.  Thus, until the Court
resolves, the Front will continue to inform the public on the impacts of shrimp trawling on the country’s marine resources.

About “Frente Por los Mares” or “Our Oceans Front”
“Our Oceans Front” is a group of NGOs active in Costa Rica that work towards the improvement of the  administration of marine resources through a series of legal, scientific, political and civil approaches. It promotes the reform of Incopesca in order for it to appropriately respond to the objectives for which it was created:  the public interest and the sustainable use of fishery resources.
The nine NGOs, (Asociación Pretoma, Fundación Keto, Fundación MarViva, Fundación Promar,
International Student Volunteers, Inc., Sea Save Foundation, The Leatherback Trust, UESPRA, Widecast), and concerned citizens who integrate the Front, have experience in an array of fields, such as environmental education, research, conservation, and defense of the marine environment.
PrevPreviousGive Em the Fin Campaign
NextWave Rave was launched a global celebration and education dayNext
Facebook Twitter Instagram Linkedin Youtube