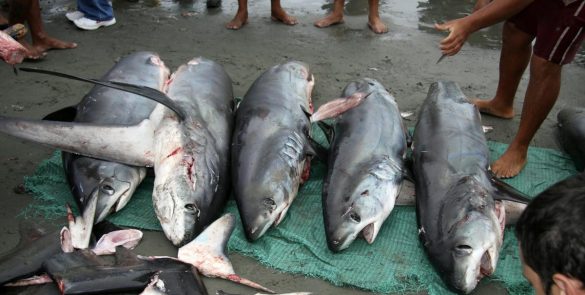 By: Shelby Hockenberry and Georgienne Bradley

The often-nonlinear path of legislation in the United States Congress has been on full display this year with the proposed federal Shark Fin Ban bill.

When sharks are caught for their fins, the fins are cut off and the sharks are then thrown overboard or discarded with waste, frequently left to die from injury, starvation, or predation from other species. Although 13 states and 3 territories (California, Delaware, Hawaii, Illinois, Maryland, Massachusetts, Nevada, New York, Oregon, Rhode Island, Texas, Washington, American Samoa, Guam, and the Northern Mariana Islands) already banned shark finning, the practice has yet to be banned nationwide. The states without bans, or with weak bans create havens for shark fin poachers and make existing laws and make existing laws difficult if not impossible to enforce. Current laws ban finning in US waters but offer no protection once sharks or their fins are on land, thereby allowing import of shark fins in many states. As a result, shark fins imported from around the world directly contribute to the more than 73 million sharks caught and finned globally each year.

With the passage of the Shark Fin Ban at the federal level, the US could close the loopholes that exist among the current patchwork of states and territories that have already banned shark finning and the US shark fishing ban. Amid a growing global focus of the need for shark conservation, more than 30 countries have partial or full bans on shark finning and more than 20 have a ban on shark fishing. The bill would catapult the United States as a global leader in shark conservation by banning not only the fishing of sharks in US waters but also the practice of shark finning and the importation of shark fins from other countries. Other world leaders include the United Kingdom which banned shark finning in 2013 and totally banned the importation of shark fins earlier this year.

Sharks are essential components of healthy ocean ecosystems, which are critical for life on earth. Without our apex predators, fisheries will eventually collapse, as smaller and smaller fish will be at the top of the ocean food chain, causing major disruptions to biodiversity balance on coral reefs and throughout our oceans. The disruption of fish stocks also has a massive economic impact around the world, both in the sourcing and sale of fish, as many local economies where fishing is a major source of income would face further destruction. Sharks are also important for the carbon cycle and medical advancements, to name a few other ways sharks support sustainable life on earth. A study published in the journal Nature just this year showed that shark and ray species, as a whole, have declined by 71% globally since 1971, with overfishing as a major source of the decline. As a result, nearly 75% of shark species around the world are at risk of extinction if critical shark fishing bans and controls are not implemented in the near future. Without sharks, the balance of these delicate ecosystems is upset, fisheries collapse and American jobs are severely impacted in local communities and across the US economy.

In addition to legal bans in many countries, many companies worldwide see the economic benefit of banning their association with shark finning. Sharks can also provide a boost to local economies, with the global shark ecotourism industry valued at more than $300 million every year. As a result, major companies are banning shark fins and refuse to have them served in their restaurants or parks, served at their hotel chains, sold at their grocery stores, or simply refuse to transport them (several dozen major airlines and more than twenty shipping and transportation companies included). When a shark fin ban bill was introduced to the US House of Representatives in 2016, more than 200 companies and organizations supported the bill. What’s more, voters support a ban on shark finning! According to a recent poll, more than 8 in 10 registered US voters of both parties support a ban on shark finning in the United States.

A Year of Movement in the Senate

The Shark Fin Sales Elimination Act was originally introduced in the United States Senate as S. 1106 on April 13, 2021, by Senator Cory Booker (D-NJ) and 22 bipartisan cosponsors. This bill aims to end the inhumane and unsustainable practice of shark finning across all 50 states and in all US territories, removing any loopholes for poachers who were previously banned from the practice in only a small fraction of the country. The bill would make it illegal to possess, buy, sell, or transport shark fins or any product containing shark fins, except for certain dogfish fins or under certain circumstances where the product was lawfully taken. It would also impose civil penalties for each violation in the amount of $100,000 or the fair market value of the shark fins involved, whichever is greater, to prevent the import, export, and sale of shark fins in the United States once and for all.

On April 20, 2021, The Endless Frontier Act was introduced as S. 1260 by Senator Charles Schumer (D-NY) with 13 bipartisan cosponsors. The goal of this bill was to establish a new Directorate for Technology and Innovation in the National Science Foundation to establish a regional technology hub program and to require a strategy and report on economic security, science, research, innovation, manufacturing, and job creation, as well as establish a critical supply chain resiliency program, and other purposes. The bill was sent to the Committee on Commerce, Science, and Transportation and ultimately placed on the Senate calendar. While it was in committee, S. 1106 was added as Section 2518 of S. 1260 on May 12, 2021, as a more feasible mode of passage, as the bill had the support of the Senate majority leadership.

The Endless Frontier Act, fortunately, was ultimately modified by adding significant new pieces to become an even larger bill called the US Innovation and Competition Act which had significant support and political will. The new S. 1260 included much broader legislation aimed at strengthening US leadership on critical technologies through research, manufacturing, and commercialization of such technologies including artificial intelligence and high-performance computing. The bill also directs the Department of Commerce to establish supply chain resiliency and a crisis response program to address supply chain gaps and vulnerabilities considering disruptions caused by the COVID-19 pandemic. Interestingly, the Department of Commerce, including the National Oceanic and Atmospheric Administration (NOAA), is responsible for overseeing any limitations on shark fishing as it implements the Magnuson-Stevens Act, the major law that regulates fisheries policy in the United States.

On Oceans Day – June 8, 2021 – the US Senate passed the Shark Fin Ban as part of the US Innovation and Competition Act.

Stalled Hope in the House

Although the Shark Fin Ban Bill was passed in the US House of Representatives as H.R. 737 on November 20, 2019, it was the Senate that failed to act in the last Congress and the bill, therefore, died with the expiration of the 116th Congress.

The bill was introduced in the House as H.R. 2811 on April 22, 2021, as part of the 117th Congress with more than 207 bipartisan cosponsors and was sent to the Committee on Natural Resources and the Committee on the Budget. It is notable that the original bill sponsor was Delegate Gregorio Kilili Camacho Sablan from the Northern Mariana Islands, one of the US territories where shark finning is already banned, and, in fact, mirrors the territory’s current law. 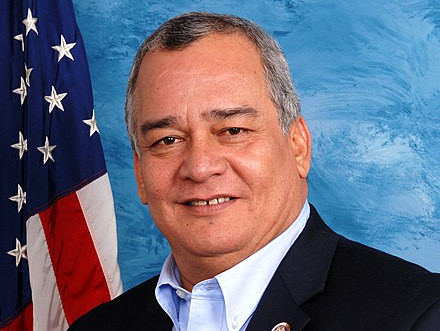 Where Will the Bill Go Next?

Despite the positive action that was taken to pass the bill as part of the US Innovation and Competition Act in the Senate, the House has yet to act on either the original bill or the larger bill that passed the Senate in June. When and if the bill passes in the House – and in what form – is unclear and is largely dependent upon when Congress passes a budget and the massive reconciliation bill that is expected any day. It is unclear whether any parts of the US Innovation and Competition Act will be included under reconciliation rules or whether the US Innovation and Competition Act will be passed by the House as a separate measure with the Shark Fin Ban bill intact in the legislation by the end of the year. The bill could go into next year as federal rules allow for the bills to remain active until the end of the 117th Congress which expires at the end of 2022.

For his part, the House sponsor, Delegate Sablan is optimistic a shark fin ban will become law in the United States soon. A spokesperson from his office told Sea Save Foundation, “while other priorities have slowed the process, we are still optimistic that the Shark Fin Elimination Act will make it into the final US Innovation and Competition Act. We are confident that this will pass with bipartisan support.” Simultaneous to promoting this avenue of success, Sablan is still seeking additional cosponsors for the original bill.

Sablan believes the House will pass the bill in some form, as it easily passed in the House during the last Congress, and the two bills will be required to go to a conference committee that will hammer out any differences between them.